Everybody Hates Chris was an American sitcom inspired by the teenage experiences of comedian Chris Rock. Rock was also the narrator on the show which revolves around his childhood in Bedford-Stuyvesant neighborhood of Brooklyn, New York. Vincent was born on October 15, 1992 in Rochester, New York. He is of Italian American descent. He is also known as the voice of Hope Esthiem in the 2010 video game Final Fantasy XIII, and also the sequel Final Fantasy XXIII-2. Some of his early acting roles include the feature film Role Models, the film Bait Shop and the role of Scoop in the show Ned's Declassified School Survival Guide. He has recorded his first album titled Time Flies By. He performs on the album by playing the piano and singing. This debut album was written and co-produced by Vincent and is available on iTunes. He graduated from DeLand High School in Deland, Florida and currently still resides there with his mother, father and three siblings. 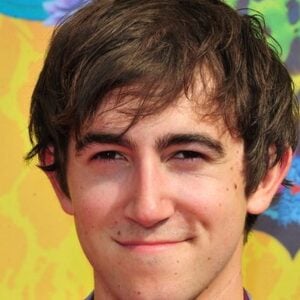