What is Vincent Kartheiser's Net Worth?

Vincent Kartheiser is an American actor who has a net worth of $6 million. That is a combination with his wife, fellow "Mad Men" actor Alexis Bledel. Vincent Kartheiser is best known for his roles on the television series "Angel" and "Mad Men." On the big screen, he had starring roles in "Alaska," "Masterminds," and "Another Day in Paradise" in the late 90s. Kartheiser's other credits have included the television series "Casual," "Proven Innocent," and "Titans," and the films "Alpha Dog," "In Time," and "American Hangman."

Vincent Kartheiser was born on May 5, 1979 in Minneapolis, Minnesota, the youngest of six children of James, a construction equipment salesman, and Janet, who ran a nursery. He has one brother named Nathan and four sisters named Andrea, Colette, Elise, and Theresa, and is of German and Luxembourgish descent. Growing up, Kartheiser had his first acting experiences on stage with the Children's Theatre Company in Minneapolis; his credits included productions of "Pippi Longstocking," "Our Town," and "Rebecca of Sunnybrook Farm." As a teen, he went to Apple Valley High School, but dropped out when he was 15 to pursue a career in acting.

On television, Kartheiser made his debut in a 1994 episode of the legal drama series "Sweet Justice." Five years later, he appeared in an episode of the medical drama "ER." Kartheiser landed his biggest role yet in 2002, when he joined the third season of the supernatural drama series "Angel." Playing the character Connor, he first appeared in a recurring capacity before becoming a regular cast member in season four. Kartheiser had an even larger television role from 2007 to 2015, when he played young ambitious ad man Pete Campbell on the AMC period drama "Mad Men."

While still on "Mad Men" from 2013 to 2015, Kartheiser lent his voice to episodes of the animated shows "Axe Cop" and "High School USA!" He also appeared in episodes of the sketch comedy series "Inside Amy Schumer" and the miniseries "Saints & Strangers." In 2016, Kartheiser had a recurring role on the Hulu streaming series "Casual," and in 2017, appeared in two episodes of the anthology period drama "Genius." Next, he had a recurring role on another Hulu streaming series, "The Path." From 2018 to 2020, Kartheiser had a main role on the German series "Das Boot," a sequel to the 1981 war film of the same name. During this time, he also had a main role on the short-lived Fox legal drama "Proven Innocent" and a recurring role on the Netflix mystery drama "The OA." Kartheiser had his next main role in 2021, when he began playing Dr. Jonathan Crane in the third season of the superhero streaming series "Titans."

In 1993, Kartheiser made his big-screen debut with a small part in the romantic drama "Untamed Heart." He went on to appear primarily in family films over the subsequent years, including the sports film "Little Big League" and the fantasy film "The Indian in the Cupboard," based on the 1980 children's book by Lynne Reid Banks. In 1996, Kartheiser had his first leading role in the adventure survival film "Alaska," in which he and Thora Birch played two kids scouring the Alaskan wilderness for their missing father. The next year, Kartheiser had another starring role in the action comedy "Masterminds." He subsequently switched to more explicit adult fare in 1998, when he starred as a drug-addicted homeless youth in Larry Clark's crime drama "Another Day in Paradise." In the film, Kartheiser had two graphic sex scenes with his costar Natasha Gregson. He followed this memorable role with a part in the comedy "All I Wanna Do," starring Kirsten Dunst, Gaby Hoffmann, Monica Keena, Rachael Leigh Cook, and Heather Matarazzo. 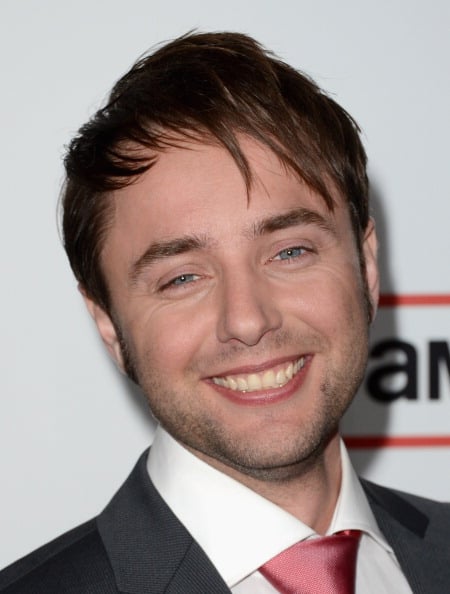 Kartheiser kicked off the 2000s with starring roles in two films: the modernized Dostoyevsky adaptation "Crime and Punishment in Suburbia" and the independent drama "Luckytown," which reunited him with his former costar Kirsten Dunst. Kartheiser next appeared in the thriller "The Unsaid," the coming-of-age drama "Dandelion," and the crime drama "Alpha Dog." In 2007, he had a starring role in the black comedy thriller "Killing Zelda Sparks." Three years later, he had a supporting part in the comedy sequel "Elektra Luxx." Kartheiser subsequently lent his voice to the animated Western film "Rango," and appeared opposite Justin Timberlake and Amanda Seyfried in the science-fiction action film "In Time." His other credits have included "Day Out of Days," "A Kind of Murder," "The Most Hated Woman in America," "My Friend Dahmer," "Most Likely to Murder," "American Hangman," and "Crypto." In 2021, Kartheiser provided the voice of the A.I. in the docudrama "The Social Dilemma."

In 1998, Kartheiser briefly dated actress Rachael Leigh Cook, with whom he acted in "All I Wanna Do" and "The Hairy Bird." Later, in 2012, he began dating actress Alexis Bledel. The two got engaged the following year, and married in June of 2014.

Together, they have a son. In 2016, Kartheiser and Bledel sold their Brooklyn duplex penthouse for $1.3 million. Kartheiser has said that he prefers living simply, forgoing his car for public transportation and walking. 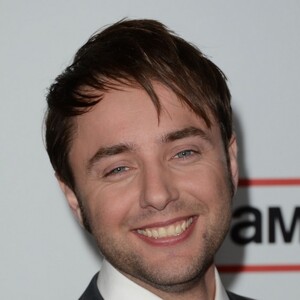