What is Vincent D'Onofrio's Net Worth and Salary?

Vincent D'Onofrio is an American actor, director, film producer, writer, and singer who has a net worth of $14 million dollars. Often referred to as "The Human Chameleon" and an actor's actor, D'Onofrio is an accomplished character actor best known for his role as Detective Robert Goren in the television series "Law and Order: Criminal Intent" (2001–2010).

He is also known for his roles as Private Leonard Lawrence in the war film "Full Metal Jacket" (1987), Edgar in "Men in Black" (1997), and Dawson, the owner of Dawson's Garage in "Adventures in Babysitting" (1987). Besides having more than 100 acting credits to his name, Vincent has directed the 2010 horror movie "Don't Go in the Woods" (which he also wrote) and the 2019 Western film "The Kid," and he has performed comedic music as his alter ego, country singer George Geronimo Gerkie. D'Onofrio has also released two spoken word albums with multi-instrumentalist Dana Lyn, "Slim Bone Head Volt, Vol. 1" (2015) and "Slim Bone Head Volt, Vol. 2" (2018), and he has taught acting classes at the Lee Strasberg Theatre and Film Institute.

Vincent D'Onofrio was born Vincent Philip D'Onofrio on June 30, 1959, in Brooklyn, New York City. He grew up in Colorado and Hawaii with mother Phyllis, father Gennaro (a US Air Force veteran), and older sisters Antoinette (better known as Toni) and Elizabeth. Gennaro worked as an interior decorator, but he was involved in amateur theater in his free time, and Vincent would build sets and run sound for his father's theatre companies. D'Onofrio's parents divorced in the late 1960s, and Phyllis married George Meyer, who had two children, Connie and Guy, from his previous marriage. The family moved to Hialeah, Florida, and Vincent attended Hialeah-Miami Lakes Senior High School, graduating in 1977. He enrolled at the University of Colorado Boulder but left after 18 months to pursue an acting career.

D'Onofrio moved to New York City and took classes at the Actors Studio and American Stanislavsky Theater, leading to a role in an off-Broadway production of "This Property Is Condemned." He then appeared in several New York University student films and made money by working as a Hard Rock Cafe bouncer and a bodyguard for rock legend Robert Plant and actor Yul Brynner. In 1984, Vincent played Nick Rizzoli in "Open Admissions" on Broadway, and two years later, he landed the role of Pvt. Leonard Lawrence in "Full Metal Jacket," which earned him a New York Film Critics Circle Award for Best Supporting Actor. He gained 70 pounds for the role and had to undergo surgery after injuring his knee while filming the movie. D'Onofrio then appeared in 1987's "Adventures in Babysitting" and 1988's "Mystic Pizza" and guest-starred on "The Equalizer" (1986–1987) and "Miami Vice" (1987).

In the 1990s, Vincent appeared in nearly 30 films, including "JFK" (1991), "The Player" (1992), and "The Whole Wide World" (1996), which he also produced. He received an Independent Spirit Award nomination for "Household Saints" (1993), and he portrayed Orson Welles in 1994's "Ed Wood." In 1997, D'Onofrio played a farmer named Edgar and the alien bug that possesses him in the massive hit "Men in Black," which grossed $589.4 million at the box office. That year, he also guest-starred on "Homicide: Life on the Street," earning an Emmy nomination for his performance. In 2000, Vincent played serial killer Carl Rudolph Stargher in "The Cell" and received an MTV Movie Award nomination for Best Villain. He began starring as Det. Robert Goren on "Law & Order: Criminal Intent" in 2001, appearing in 141 episodes over 10 seasons. 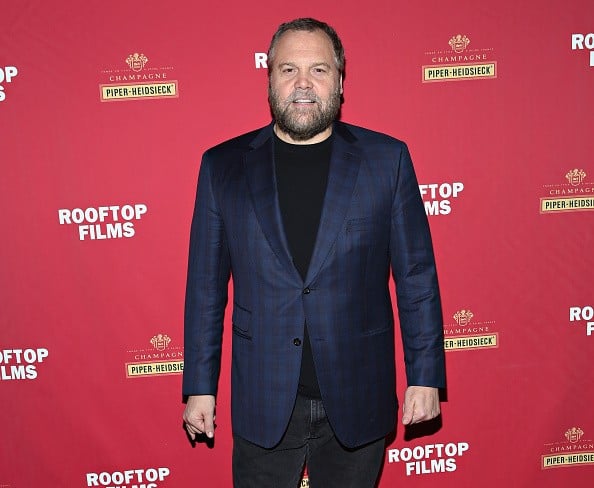 Vincent dated actress Greta Scacchi in the early 1990s, and the two welcomed daughter Leila on March 20, 1992. Leila grew up to be an actress (known as Leila George), and she married actor Sean Penn in July 2020. D'Onofrio wed model Carin van der Donk on March 22, 1997, and they had two sons, Elias (born December 1999) and Luka (born February 2008). In November 2004, Vincent fainted while filming "Law & Order: Criminal Intent," and a few days later, he fainted again at home. He was diagnosed with exhaustion due to working 14-hour days on the set of "Law & Order: Criminal Intent" and making the short film "Five Minutes" when the series was on hiatus.

In 1998, D'Onofrio co-founded the RiverRun International Film Festival (Winston-Salem, North Carolina) with his father and his sister Elizabeth, and in 2008, he started hosting charity events for the Utah Meth Cops Project with his sister Toni. In 2011, Vincent was named to the Woodstock Film Festival's advisory board and appeared in pro-gun control ads for the Citizens Crime Commission of New York City. In 2010, he became a spokesperson for Washington, D.C.'s National Law Enforcement Officers Memorial Fund and Museum, and narrated the documentaries "Heroes Behind The Badge" (2012) and "Sacrifice and Survival" (2013). 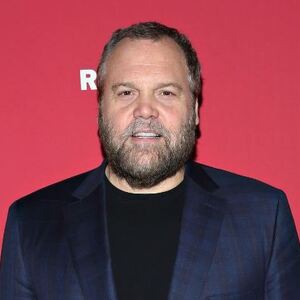