How much is Vincent Curatola Worth?

Vincent Curatola net worth: Vincent Curatola is an American actor, writer, and singer who has a net worth of $5 million. He is best known for playing the role of Johnny Sack on the HBO television series The Sopranos.

Vincent Curatola was born in Englewood, New Jersey in August 1953. Curatola has appeared many times on stage with the rock band Chicago. He was appointed to the Gaming, Sports and Entertainment subcommittee transition team by Governor Chris Christie of New Jersey. Curatola's best known role came starring as Johnny "Sack" Sacramoni on the TV series The Sopranos from 1999 to 2007. He had recurring roles in the TV series Third Watch in 2004 and The Good Wife from 2013 to 2014. Curatola has starred in the movies Hot Ice, 2BPerfectly Honest, The Sign of the Cross, Meet the Mobsters, Made in Brooklyn, The Hungry Ghosts, Frame of Mind, Karma, Confessions and Holi, and Killing Them Softly. He has also appeared in episodes of the TV series Law & Order, Life on Mars, Law & Order: Special Victims Unit, Monk, Law & Order: Criminal Intent, Person of Interest, Elementary, and Blue Bloods. Curatola was nominated for Screen Actors Guild Awards in 2003 and 2005 for The Sopranos. 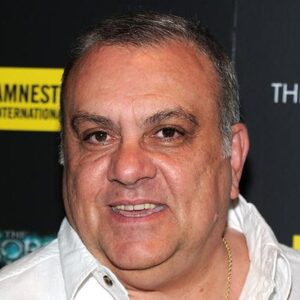