What is Viggo Mortensen's Net Worth and Salary?

Viggo Mortensen is a Danish–American actor, poet, musician, author, photographer, and painter who has a net worth of $40 million dollars. Mortensen is perhaps best known for his role as Aragorn in The Lord of the Rings trilogy.

Viggo Peter Mortensen Jr. was born on October 20, 1958, in Watertown, New York to Grace and Viggo Mortensen Sr. His mother was American. His father was Danish. His parents met in Norway.  He is the oldest of three boys of Grace and Viggo Sr. The family lived all over the world while Viggo was growing up and eventually settled in Argentina. Viggo attended primary school in South America. In 1969, his parents divorced and their mother took her sons and moved back to the United States. Viggo and his siblings spent the rest of their childhoods in New York. He graduated from Watertown High School in 1976 and then enrolled at St. Lawrence University, which was about 200 miles away from home. He graduated with a bachelor's degree in Spanish and Politics. He then spent two years in Europe, living in England, Spain, and Denmark before he moved back to the U.S. to pursue a career in acting.

Mortensen's very first acting gig was in 1985's "The Purple Rose of Cairo." Unfortunately, his scenes were cut from the film before the final cut. His first on-screen role was in the 1995 film Witness. That same year, he was cast in the soap opera "Search for Tomorrow" during its final season on the air. In the 1990s Mortensen appeared in a variety of films including "Young Guns II," "The Texas Chainsaw Massacre III," "Carlito's Way," "Crimson Tide," "G.I. Jane," "A Walk on the Moon," and many others. Of these films, his role as Master Chief John Urgayle in "G.I. Jane" opposite Demi Moore is the most memorable.

Then, in 1999, director Peter Jackson cast him in the role of Aragorn in "The Lord of the Rings" trilogy. That then became the role Mortensen is best known for. 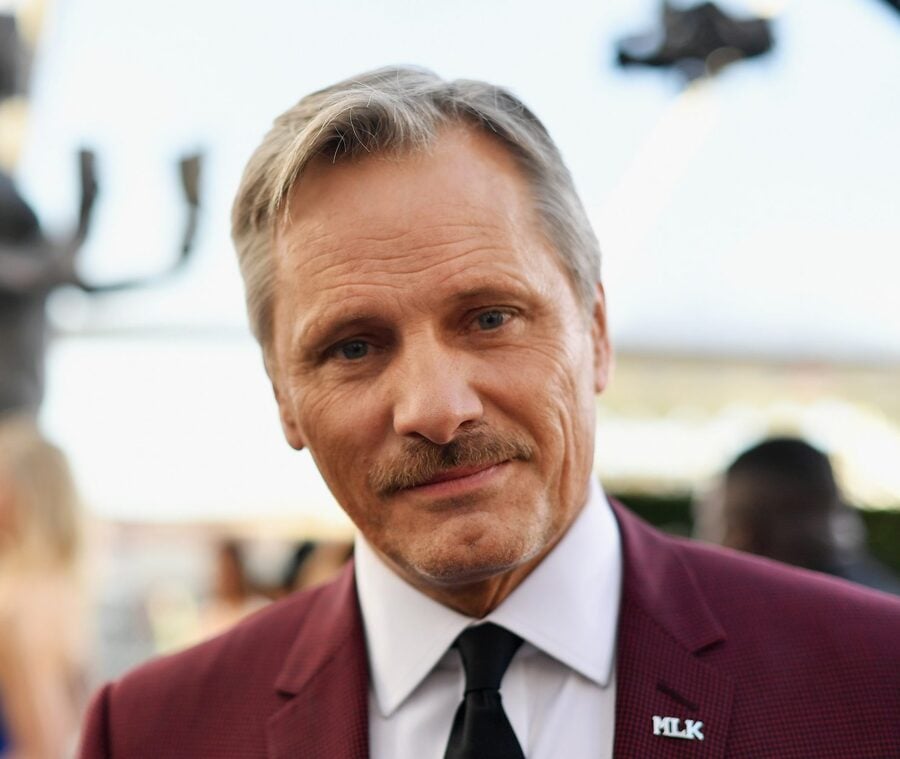 In 2005, Mortensen starred opposite Maria Bello in David Cronenberg's movie "A History of Violence."  In September 2007, Mortensen appeared in another David Cronenberg film, "Eastern Promises." The film earned Mortensen the award for Best Performance by an Actor in a British Independent Film award. He was also nominated for an Academy Award for Best Actor for his role. In 2009 Mortensen booked a role in "The Road," the film adaptation of the Cormac McCarthy novel. That same year, he starred in his third David  Cronenberg film, "A Dangerous Method."

Also in 2009, Mortensen performed in the documentary film "The People Speak." The film used dramatic and musical performances of the letters, diaries, and speeches of everyday Americans to tell its story. The film is based on historian Howard Zinn's "A People's History of the United States," which tells America's story from the point of view of and in the words of -America's women, factory workers, African-Americans, Native Americans, working poor, and immigrant laborers.

In June 2020, it was announced that Viggo Mortensen would be receiving San Sebastian's prestigious Donostia Award for the 68th edition of the film festival. In addition to picking up the career recognition award, Mortensen will also present his directorial debut "Falling"  at the festival. This will mark the European debut of the film starring Mortensen, Laura Linney, and David Cronenberg. The movie is about a conservative father who moves from his rural farm to live with his gay son's family in Los Angeles.

Mortensen has dual American-Danish citizenship and speaks fluent English, Danish, French, and Spanish. He is also conversational in Italian and understands Norwegian and Swedish. He also has some knowledge of Catalan; twice, when receiving a prize in Catalonia, he made a short speech in Catalan.

Mortensen met actress and singer Exene Cervenka in 1986 on the set of the comedy "Salvation!" The couple married on July 8, 1987. On January 28, 1988, Cervenka gave birth to their son, named Henry Blake Mortensen. They separated in 1992 and divorced in 1997.

In 1999, Viggo got a phone call about a movie he did not know anything about: "The Lord of the Rings." At first, he didn't want to do it, because the lengthy shoot in New Zealand meant time away from his son. But Henry was a big fan of the books and convinced his father to take the role. Henry even got to appear in the first "The Lord of the Rings" film. Henry was in the costume of the first orc killed by Aragorn at the Battle of Pelennor Fields.

In the extended DVD edition of the first Lord of the Rings movie, The Fellowship of the Ring, he sings the song "The Lay of Beren and Lúthien."

Mortensen has collaborated with guitarist Buckethead on several albums, mostly released on his own label  through Perceval Press.

Mortensen is also an author, with more than 15 books of poetry, photography, and painting published. His poems are written in English, Spanish, and Danish

Henry Mortensen stars in a short film called "First Canyon Rain," his first short film and first credit for a leading role in a film.

The success of "The Lord of the Rings" made Viggo a household name, which was difficult for Mortensen who is private and guarded about his personal life.

Mortensen is also a fan of the New York Giants and New York Mets.

Mortensen founded Perceval Press publishing house to help other artists by publishing works that might not find a home in more traditional publishing venues. He named the publishing house after the knight from the legend of King Arthur. He used some of his salary from "The Lord of the Rings" to found the company.

He is an artist and author and had a book of poetry printed before he was famous called: "Ten Last Night."

In 2006, he was given honorary doctorate by his alma mater, St. Lawrence University.

Since 2009, he has been in a relationship with Spanish actress Ariadna Gil and currently lives in Spain with her.

Viggo Mortensen owns a home in Los Angeles, where he lives part-time. The home is located in Venice, California. He also owns property in northern Sandpoint, Idaho. 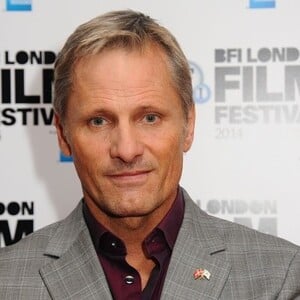