Victoria Tennant Net Worth: Victoria Tennant is an English actress who has a net worth of $10 million. Victoria Tennant was born in London, England in September 1950. She is best known for her roles in The Winds of War and War and Remembrance. She trained in ballet and attended the Central School of Speech and Drama.

Her first role came in The Ragman's Daughter in 1972. She did not appear again in an episode of Sherlock Holmes and Doctor Watson in 1979. From there she appeared in the films The Dogs of War, Inseminoid, and Sphinx. In 1989 Tennant played the role of Pamela Tudsbury in the TV mini-series The Winds of War. Victoria reprised that role for the 1988 to 1989 mini-series War and Remembrance. Tennant has appeared in episodes of The Twilight Zone, Alfred Hitchcock Presents, Diagnosis Murder, JAG, Scrubs, and Monk. She has appeared in the films The Handmaid's Tale, Best Seller, and the films All of Me and L.A. Story with her then future husband Steve Martin. Tennant was nominated for a Golden Globe Award in 1984 for The Winds of War. She married Kirk Justin Stambler in 1996 and the couple has a daughter together. Victoria was previously married to Steve Martina and Peppo Vanini. 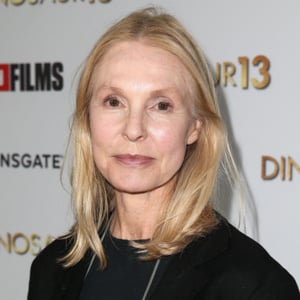