Victoria Principal net worth and salary: Victoria Principal is an American actress, philanthropist and entrepreneur who has a net worth of $350 million. Born in Fukuoka, Japan, Victoria Principal grew up in a military family and moved around a great deal throughout her school years. She attended 17 different schools in London, Puerto Rico, Florida, and Massachusetts, to name just a few places. She began appearing in commercials as a child, but did not intend to pursue acting as a career. After being involved in a serious car accident while in college, she chose to shift her focus to acting, and subsequently moved to Los Angeles. In 1970 she landed a role in a John Huston movie called "The Life and Times of Judge Roy Bean". After being impressed by her performance in other movies, the film's writer John Milius expanded her role in the film. She ended up being nominated for a Golden Globe for Most Promising Newcomer. This led to more high profile offers. In the mid-70s, she chose to leave performance and focus on working as an agent. In 1977, however, she was approached by Aaron Spelling and invited to appear in the pilot episode of "Fantasy Island". This led to the role that would make her a bona-fide star as Pamela Barnes Ewing on "Dallas". She was a series regular on Dallas between 1978 and 1987, appearing in 251 episodes. Since then, she has appeared on various television shows and is involved with multiple charitable organizations. She is also a best-selling author who, to-date, has written four books in the beauty/advice/diet/living genres.

Outside of acting and entrepreneurship, Victoria is an active and prolific philanthropist. She has donated millions of dollars to support a wide variety of charities.

Victoria Principal has been married twice, first to Christopher Skinner from 1978 to 1981 and then to Harry Glassman from 1985 to 2006. She has no children.

Skincare Line and Entrepreneurship: Victoria first became interested in natural beauty products in the mid-1980s. In 1989 she launched a skincare company called Principal Secret. Over the next 30 years, the company slowly grew into a mini-empire. Since launching, the line has generated more than $1.5 billion in revenue and continues to be extremely successful. She sold the company to Guthy Renker in April 2019 for an undisclosed sum likely in the $100-200 million range, at least.

Victoria Principal Real Estate: Victoria owns a large real estate portfolio. In California alone she owns homes in Malibu, Big Sur and Beverly Hills. She also owns a home in Switzerland. Starting in 2012 she began developing a ranch property outside Los Angeles where she operates an animal rescue.

Principal vs Principle: Fun factoid! The word "principal", like the way Victoria spells it in her last name, in financial terms typically represents a large sum of quantifiable money. Pretty appropriate for someone worth $350 million! Not to be confused with the word "principle", a noun meaning fundamental law. Using all three in a sentence: "Victoria Principal's principle goal is to maintain the principal of her enormous net worth." 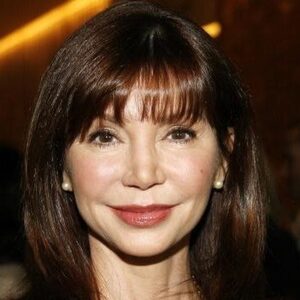