Victor Williams net worth: Victor Williams is an American actor who has a net worth of $2 million. Victor Williams was born in Brooklyn, New York in September 1970. He is best known for playing the role of Deacon Palmer on the television series The King of Queens. Victor earned his Master of Fine Arts in acting from New York University's Graduate Acting Program at the Tisch School of the Arts.

He first appeared in the movie Boggy Creek II: And the Legend Continues in 1985. From 1998 to 2001 Williams had a recurring role as Roger McGrath on the TV series ER. His best known role came starring as Deacon Palmer on the series The King of Queens from 1998 to 2007. Williams also starred as Sgt. Michael Conrad in the TV series NYC 22 in 2012 and as Detective Jeffries in the series The Affair in 2014. He also starred in the movies The Preacher's Wife, Cop Land, Me & Mrs. Jones, With or Without You, Bewitched, and Hungry Hearts. Williams has also appeared in epidotes of the TV sears Homicide: Life on the Street, Law & Order, New York Undercover, Profiler, The Jamie Foxx Show, The Practice, Flight of the Conchords, Blue Bloods, and The Good Wife. In 2007 he was nominated for an Image Award for Outstanding Supporting Actor in a Comedy Series for The King of Queens. 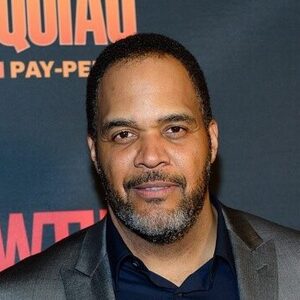