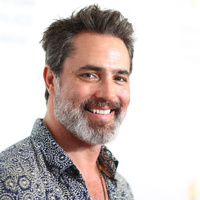 Victor Webster Net Worth: Victor Webster is a Canadian actor who has a net worth of $3 million dollars. Victor Webster was born in Calgary, Alberta, Canada in February 1973. Victor studied martial arts and became a teacher. He was undefeated as an amateur kick boxer and a heavyweight black belt. He acted in school plays and took theater classes. He worked as a stockbroker and started acting in the late 1990s. His first role was from 1998 to 1999 in the TV series Sunset Beach. In 1999 he played Nicholas Alamain on the soap opera Days of Our Lives. From 2001 to 2004 he starred in the TV series Mutant X. Webster was listed as one of People Magazine's "50 Most Eligible Bachelors" in 2002. He has appeared in episodes of Baywatch, Becker, Sex and the City, Charmed, Harper's Island, Melrose Place, Criminal Minds, Bones, Castle, Drop Dead Diva, NCIS: Los Angeles, CSI: Crime Scene Investigation, and White Collar. Webster has also starred in the movies Most Love Dogs and The Scorpion King 3: Battle for Redemption. Since 2012 he has starred as detective Carlos Fonnegra on the series Continuum.