Victor Rasuk Net Worth: Victor Rasuk is an American actor who has a net worth of $2 million dollars. Victor Rasuk was born in New York City, New York in January 1984. He was born to Dominican parents and attended performing arts school. Rasuk started acting at age 14. His brother Silvestre starred with him Raising Victor Vargas.

In 1999 Victor appeared in the film Flawless. At 16 he starred as Victor in the short film Five Feet High and Rising in 2000. Two years later the short was expanded into a full length film known as Raising Victor Vargas. Rasuk went on to star in the films Rock Steady, Haven, Lords of Dogtown, I'm Reed Fish, Bonneville, Adrift in Manhattan, Feel the Noise, Stop-Loss, Che: Part One, Spinning Into Butter, The War Boys, Life is Hot in Cracktown, Being Flynn, Jobs, and Godzilla (2014). He appeared in episodes of Law & Order: Special Victims Unit and Law & Order: Trial by Jury. From 2008 to 2009 Rasuk had a recurring role on ER as Dr. Ryan Sanchez. He starred as Cameron Calderon in the series How to Make It in America from 2010 to 2011. He is scheduled to play Jose Rodriguez in the upcoming film Fifty Shades of Grey. Victor has been nominated for three Imagen Awards, an Independent Spirit Award, and a Teen Choice Award. 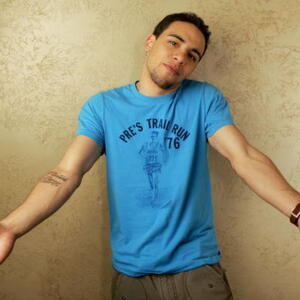