Vicki Lawrence net worth: Vicki Lawrence is an American actress and singer who has a net worth of $8 million dollars. During a multi-decade career she has earned accolades for her roles on "Mama's Family" and "The Carole Burnett Show".

She was born in Inglewood, California on March 26, 1949. Vicki Lawrence first gained notice as a comedic actress, appearing on "The Carol Burnett Show" from 1967 to 1978. She was hired after she sent a letter to the producers that included a photograph that highlighted how similar she and Carol Burnett looked. She achieved a greater level of fame, when she recorded the song, "The Night the Lights Went Out in Georgia" in 1972. The track achieved Gold status and sold over a million copies. She went on to release three more successful tracks over the next decade. In addition to her eleven seasons on "The Carol Burnett Show", and her singing career, she also starred on the spin-off show, "Mama's Family" from 1983 to 1990. Since then, she has played guest starring or recurring roles on such shows as, "Laverne & Shirley", "Major Dad", "Roseanne", and "Hannah Montana", as well as touring with her own stage production. She is perhaps most well-known today for her starring role on the comedy series "Mama's Family" which aired 130 episodes between 1983 and 1990. In 2018 she began appearing in a starring role of the Fox sitcom "The Cool Kids". 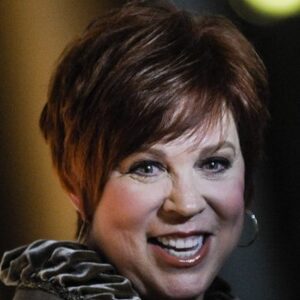