Veronica Merrell net worth: Veronica Merrell is an American actress and personality who has a net worth of $2 million. Veronica Merrell was born in Kansas City, Missouri in August 1996. She is one half of the Merrell twins with her sister Vanessa Merrell. In 2009 the twins started making YouTube videos which are edited and produced by their father. They have more than 2.5 million YouTube subscribers and more than 400 million views. The Merrell twins moved to Los Angeles, California when they were 16 years old. As an actress she starred as Victoria on the television series Jane the Virgin from 2014 to 2016. Merrell also hosted the TV series Food Truck Fanatics starting in 2016. She has also appeared in episodes of the TV series Faking It, Hyperlinked, Teens Wanna Know, Closet Wars with the Merrell Twins, YouTubers React, and more. In 2016 she appeared in the movie The Standoff. The Merrell wins won a Shorty Award for YouNower of the Year. 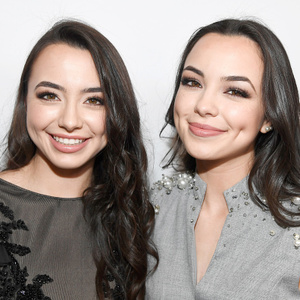