Verne Troyer Net Worth: Verne Troyer was an American actor and stunt performer who had a net worth of $150,000 at the time of his death in 2018. Troyer is most widely recognized for his role as Mini-Me in the "Austin Powers" film series. He was also a cast member on "The Surreal Life" in 2005 and played Griphook the Goblin in 2001's "Harry Potter and the Philosopher's Stone." Due to a condition called cartilage–hair hypoplasia, Verne stood 2 feet, 8 inches tall and might be the shortest performer in the history of Hollywood to became a star in such large proportions. His career in show business began in 1994 when he worked as a stunt double for a nine-month-old child in the comedy "Baby's Day Out," and he went on to amass more than 50 acting credits during his lifetime. Thanks to his silent but expressive comedic performance, Verne Troyer won positive reviews from both critics and fans.

Early Life: Verne Troyer was born Verne Jay Troyer on January 1, 1969, in Sturgis, Michigan. His mother, Susan, worked in a factory, and his father, Reuben, was a repair technician. Verne grew up with younger sister Deborah and older brother Davon, and he told "The Guardian" that he almost didn't make it past infancy, stating, "My parents found me unresponsive in my crib, after being laid low with an infection. As we were Amish, we only had a horse and buggy to get to the hospital, but that wasn't going to be quick enough so we borrowed my aunt's car. My parents were told there was nothing that could be done and Dad whisked me away to another hospital, where I was put in an oxygen tent, and thankfully I recovered." The family left the Amish religion when Troyer was very young, and he said that his parents never treated him any differently than his average-sized siblings and that all three Troyer children had to carry wood and feed the farm animals. Verne enjoyed playing football during his youth, and he attended Centreville High School in Centreville, Michigan, graduating in 1987. In 2003, the school put up a plaque in his honor. 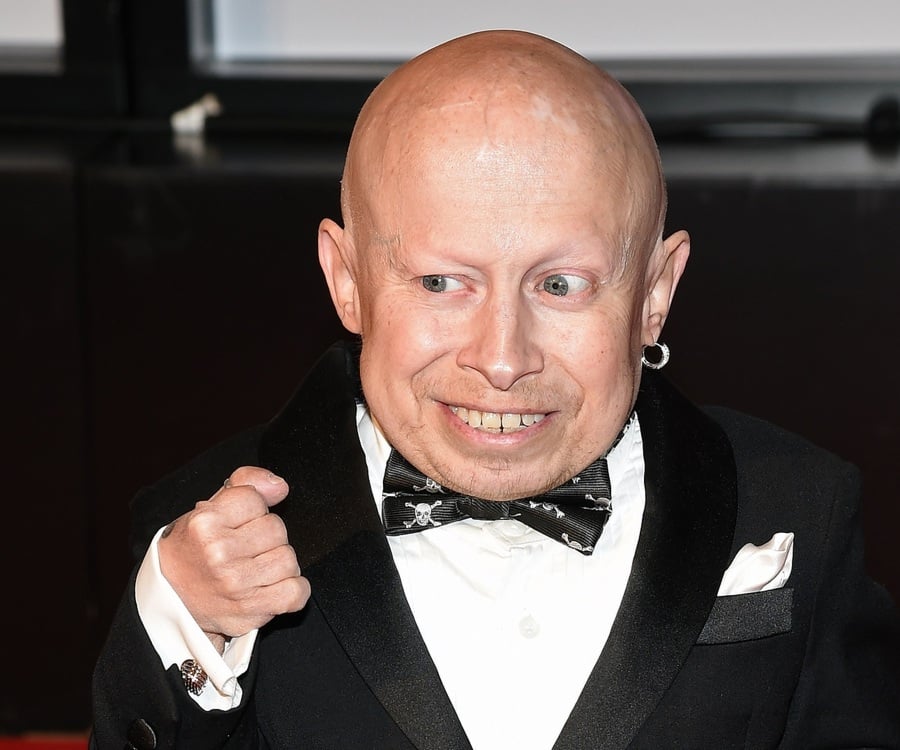 Personal Life: Verne began a relationship with model/actress Genevieve Gallen in 2002, and they married on January 22, 2004, but the union was annulled soon after. In June 2008, a private sex tape of Troyer and former girlfriend Ranae Shrider was leaked to the public by TMZ and Ranae. Kevin Blatt, who had brokered a deal for Paris Hilton's 2003 sex tape, attempted to sell the Troyer-Shrider video, but Verne and his attorney, Ed McPherson, filed a lawsuit against Blatt, TMZ, and an online rental company called SugarDVD for copyright infringement and invasion of privacy. In May 2015, Troyer appeared on "Celebrity Wife Swap" with girlfriend Brittney Powell and her teenage son, Tyson; Brittney switched places with the wife of former NFL player Hines Ward. In March 2015, Verne was taken to the hospital after suffering a seizure at Heart of Texas Comic Con, and he was released a few hours later. In April 2017, Verne revealed that he was seeking treatment for alcoholism, and a year later, he was hospitalized for a "reported poisoning." Troyer was "extremely upset, drunk and suicidal" when authorities arrived at his North Hollywood home, and he was reportedly placed on an involuntary psychiatric hold.

Awards and Nominations: In 2000, Troyer shared an MTV Movie Award for Best On-Screen Duo with "Austin Powers: The Spy Who Shagged Me" co-star Mike Myers, and the duo also earned nominations for Best Fight and Best Musical Performance ("Just the Two of Us"). Verne won a Walk This Way Award at the 2003 MTV TRL Awards, and he received a Blockbuster Entertainment Award nomination for Favorite Supporting Actor – Comedy for "Austin Powers: The Spy Who Shagged Me" in 2000.

Death and Estate: Troyer passed away on April 21, 2018, at the age of 49. Initially, no cause was given, but the official death announcement stated, "Over the years he's struggled and won, struggled and won, struggled and fought some more, but unfortunately this time was too much…Depression and suicide are very serious issues. You never know what kind of battle someone is going through inside." Toxicology tests revealed a "very high" amount of alcohol in Troyer's system, and his death was ruled a suicide a few months later. Verne was cremated, and his ashes were buried in Leonidas Cemetery near his hometown in Michigan. Troyer reportedly left an estate valued at $139,283,16, and he owed $22,224.70 in back taxes to the state of California at the time of his death. His biggest assets included $80,000 in cash, a barely-used Audi S4, and $20,000 worth of celebrity memorabilia. 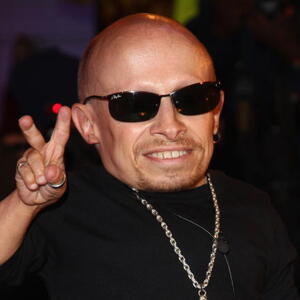