What Is Vera Farmiga's Net Worth?

Vera Farmiga is an American actress, director, and producer who has a net worth of $10 million. Farmiga is perhaps best known for starring as Norma Louise Bates on A&E's "Bates Motel" (2013–2017) and Lorraine Warren in "The Conjuring" horror film franchise (2013–present).

Vera Farmiga was born Vera Ann Farmiga on August 6, 1973, in Clifton, New Jersey. Her parents, Lubomyra (a schoolteacher) and Michael (a systems analyst and landscaper), are Ukrainian, and Vera has six siblings, Victor, Stephan, Laryssa, Alexander, Taissa, and Nadia. Taissa, who is 21 years younger than Vera, is an actress best known for the FX series "American Horror Story," and the two appeared together in 2011's"Higher Ground" and 2013's "At Middleton." Farmiga grew up in Irvington, New Jersey, in a Ukrainian American community and didn't learn English until she began attending kindergarten at age 6. The family moved to Whitehouse Station, New Jersey, when Vera was 12, and she attended Newark's St. John the Baptist Ukrainian Catholic School.

During her youth, Farmiga trained in classical piano and joined the Plast National Scout Organization of Ukraine, and as a teenager, she toured with Syzokryli, a Ukrainian folk-dancing group. During her junior year at Hunterdon Central Regional High School, a friend of Vera's convinced her to audition for a school play, and she was cast in the lead role in James Robinson Planché's "The Vampire." After graduating in 1991, Farmiga enrolled at Syracuse University, earning a Bachelor of Fine Arts in 1995. As a college senior, she played Nina Zarechnaya in a production of Anton Chekhov's "The Seagull" that won the Kennedy Center American College Theater Festival. Gerardine Clark, Vera's drama professor, credited Farmiga for the win, stating, "We'd never have won had she not nailed the fourth act. A number of the judges told me that."

In 1996, Vera played Miranda in "The Tempest" at the American Conservatory Theater and Anne Hartman in "Good" at The Barrow Group and appeared on Broadway in "Taking Sides." She made her television debut in 1997, playing Emily Elliot in the TV movie "Rose Hill" and co-starring with Heath Ledger on the Fox series "Roar." Farmiga made her big screen debut in 1998's "Return to Paradise," and she followed it with roles in "The Opportunists" (2000), "Autumn in New York" (2000), "15 Minutes" (2001), "Love in the Time of Money" (2002), and "Dummy" (2002). She appeared in the 2001 TV movie "Snow White: The Fairest of Them All," and from 2001 to 2002, she starred as Alex Cross on NBC's "UC: Undercover." In 2004, Vera portrayed suffragist Ruza Wenclawska in the TV movie "Iron Jawed Angels," played Detective Susan Branca on the USA Network series "Touching Evil," and co-starred with Denzel Washington and Meryl Streep in "The Manchurian Candidate." Farmiga then appeared in the films "Running Scared" (2006), "Breaking and Entering" (2006), "Joshua" (2007), "Nothing But the Truth" (2008), and "Orphan" (2009). In 2006, she played Dr. Madolyn Madden in Martin Scorsese's "The Departed" alongside Leonardo DiCaprio, Matt Damon, and Jack Nicholson, and in 2008, she starred as Elsa Hoess in "The Boy in the Striped Pyjamas." Vera earned an Academy Award nomination for her performance as Alex Goran in 2009's "Up in the Air," and the following year, she was inducted into the Academy of Motion Picture Arts and Sciences. 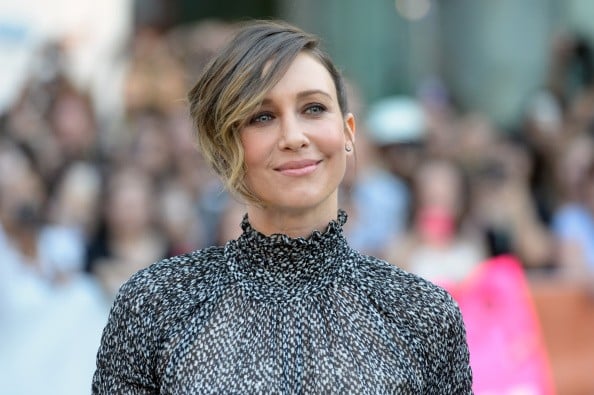 From 2013 to 2017, Farmiga played Norma Louise Bates on "Bates Motel," which aired 50 episodes over five seasons and earned her a Primetime Emmy nomination. In 2013, she also played real-life clairvoyant Lorraine Warren in "The Conjuring" alongside Patrick Wilson as demonologist Ed Warren. "The Conjuring" was a massive hit ($319.5 million) that led to a franchise known as "the Conjuring Universe," which includes eight films as of this writing. Vera has appeared in three of these films besides "The Conjuring": 2016's "The Conjuring 2," 2019's "Annabelle Comes Home," and 2021's "The Conjuring: The Devil Made Me Do It." Each of these films grossed $200 million or more. Farmiga appeared in the 2016 comedy "Special Correspondents," which was written and directed by Ricky Gervais, then she guest-starred on "Philip K. Dick's Electric Dreams" in 2018. She appeared in the films "The Commuter" (2018), "Boundaries" (2018), "The Front Runner" (2018), "Skin" (2018), and "Captive State" (2019), and she played Dr. Emma Russell in 2019's "Godzilla: King of the Monsters," which grossed $386.6 million at the box office. In 2019, she portrayed Elizabeth Lederer in the critically-acclaimed Netflix miniseries "When They See Us." In 2021, Vera starred as Livia Soprano in " The Sopranos" prequel "The Many Saints of Newark," guest-starred on Netflix's "Halston," and played Eleanor Bishop on the Disney+ Marvel series "Hawkeye."

Vera married her "Roar" co-star Sebastian Roché in 1997, and they divorced in 1994. She wed musician Renn Hawkey on September 13, 2008, and they welcomed son Fynn on January 13, 2009, and daughter Gytta on November 4, 2010. Farmiga's "Bates Motel" co-star Freddie Highmore is Fynn's godfather. A nondenominational Christian, Vera told "Christianity Today" in 2011, "I grew up in a Ukrainian Catholic-turned-Christian household, and that is my family's faith. My father instilled in me … to define God, to define holiness for myself. That was my parents' number one lesson for us. I don't belong to any particular church, but I'm someone who will be able to walk into any place of worship, any house of worship, and have a direct correspondence."

Farmiga has earned more than 20 awards and 70 nominations for her work. In 2010, she received an Academy Award nomination for Best Performance by an Actress in a Supporting Role for "Up in the Air" as well as nominations from the Golden Globes and Screen Actors Guild Awards. The film also earned her an International Cinephile Society Award, a Vancouver Film Critics Circle Award, and a Cinema Vanguard Award (from the Santa Barbara International Film Festival). Vera has earned two Primetime Emmy nominations, Outstanding Lead Actress in a Drama Series for "Bates Motel" in 2013 and Outstanding Supporting Actress in a Limited Series or Movie for "When They See Us" in 2019. She has received three Saturn Award nominations (from the Academy of Science Fiction, Fantasy & Horror Films) for Best Actress on Television for "Bates Motel," winning in 2014. For "Bates Motel," Farmiga also earned a People's Choice Award for Favorite Cable TV Actress, a Gracie Allen Award for Outstanding Female Actor in a Leading Role in a Drama, and an iHorror Award for Best Horror TV Actress.

"Down to the Bone" earned Vera Best Actress awards from the BendFilm Festival, Los Angeles Film Critics Association Awards, Marrakech International Film Festival, and Sundance Film Festival, and she shared Best Ensemble awards from the AAFCA TV Honors and Online Film & Television Association with her "When They See Us" co-stars. She has received five other Online Film & Television Association Award nominations, Best Supporting Actress for "Up in the Air" in 2010, Best Actress in a Drama Series for "Bates Motel" in 2013 and 2014, Best Supporting Actress in a Drama Series for "Bates Mote" in 2015, and Best Supporting Actress in a Motion Picture or Limited Series for "When They See Us" in 2019. Farmiga was named Best Actress for "At Middleton" at the 2013 Boston Film Festival and Best Lead Actress in a Feature Film for "The Vintner's Luck" at the 2010 New Zealand Film and TV Awards, and "The Departed" cast won Best Ensemble awards from the National Board of Review and the Satellite Awards. Vera earned a British Independent Film Award for Best Actress and a CinEuphoria Award for Best Supporting Actress (Audience Award) for "The Boy in the Striped Pyjamas." She has also received five Women's Image Network Award nominations, winning Actress Feature Film for "Higher Ground" in 2011; her four other nominations were for "Bates Motel." 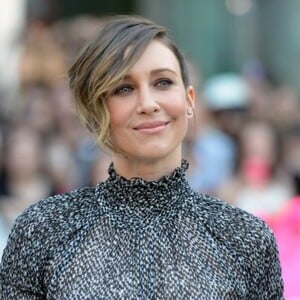