Vera-Ellen net worth: Vera-Ellen was an American dancer and actress who had a net worth equal to $3 million at the time of her death in 1981. She was best known for starring in the movies On the Town and White Christmas.

Vera-Ellen was born in Norwood, Ohio in February 1921 and passed away in August 1981. She was married twice including to Victor Rothschild. Vera-Ellen was known for her solo performances and her work with her partners Fred Astaire, Danny Kaye, Gene Kelly, and Donald O'Connor. She made her Broadway debut in 1939 and became one of the youngest Rockettes at Radio City Music Hall. Vera-Ellen appeared in the films Wonder Man, The Kid from Brooklyn, Three Little Girls in Blue, Carnival in Costa Rica, Words and Music, Love Happy, On the Town, Three Little Words, Happy Go Lovely, The Belle of New York, Call Me Madam, Big Leaguer, White Christmas, and Let's Be Happy. She received a star on the Hollywood Walk of Fame at 7083 Hollywood Blvd. Vera-Ellen passed away on August 30, 1981 at 60 years old of ovarian cancer. 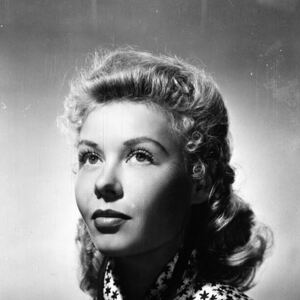