Varun Dhawan net worth: Varun Dhawan is an Indian actor who has a net worth of $50 million. He is best known for starring in Indian films as one of the country's highest paid celebrities. In a given year he can make $7 – $10 million from acting and endorsements.

Varun Dhawan was born in Mumbai, Maharashtra, India in April 1987. He is the son of film director David Dhawan. Varun Dhawan started out as an assistant director for the film My Name is Khan in 2010. He made his acting debut in the movie Student of the Year in 2012. Dhawan starred in the films Main Tera Hero and Humpty Sharma Ki Dulhania in 2014. In 2015 he starred in the movies Badlapur, ABCD 2, and Dilwale. Dhawan starred in the films Dishoom in 2016, Badrinath Ki Dulhania and Judwaa 2 in 2017, October in 2018, Nawabzaade and Sui Dhaaga in 2018, Kalank in 2019, and Street Dancer 3D in 2020. He has won more than 20 awards. 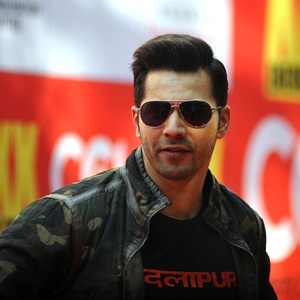