Vanessa Redgrave Net Worth: Vanessa Redgrave is an English actress of stage, screen, and television who has a net worth of $20 million. Considered one of the greatest actresses of the current generation, Redgrave has won widespread critical acclaim since the beginning of her stage career in the late 1950s. Outside of theatre acting, Vanessa has become a prominent film actress, appearing in a wide range of projects throughout the decades.

Vanessa is a member of the Redgrave "dynasty" of actors, which includes her father Sir Michael Redgrave, and her mother Lady Redgrave (Rachel Kempson). Other family members include actresses Lynn Redgrave, Corin Redgrave, and Jemma Redgrave. Her daughters Joely and Natasha Richardson have also become actresses, and Vanessa is the mother-in-law of Liam Neeson.

Early Life: Vanessa Redgrave was born on January 30th of 1937 in Blackheath, London. Born into a well-known acting family, Vanessa's birth was announced during a performance of "Hamlet" in which her father played the role of Laertes. Vanessa has stated that some of her earliest memories include the bombing of London during World War II. Her family fled London during the war, settling in Herefordshire before Vanessa was able to return to her birth city in 1943. She then attended schools in Worcester and London before emerging as a debutante.

Career: After enrolling at the Central School of Speech and Drama in 1954, Vanessa Redgrave went on to appear in a production of "A Midsummer Night's Dream" at the Shakespeare Memorial Theatre in 1959. She then starred alongside her father in the play "The Tiger and the Horse." Further stage roles came throughout the 60s with plays like "As You Like It," "Cymbeline," and "The Prime of Miss Jean Brodie."

Her first film role came in 1958 when she appeared in "Behind the Mask," once again joining her father in the project. She followed up with a more prominent role in "Morgan – A Suitable Case for Treatment" in 1966. That year, she also booked a role in "Blowup." Two years later, she took the lead role in "Isadora," a biopic about Isadora Duncan. She won considerable praise from critics as a result of this role, and it led to her portrayal of numerous other historical figures in future films. These films included "The Trojan Women," "Mary, Queen of Scots," "Camelot," "Oh! What a Lovely War," and "The Devils."

In 1977, Redgrave sparked controversy when she produced and narrated a documentary called "The Palestinian." She then booked a central role in "Julia," playing a woman who was murdered by the Nazi regime in pre-war Germany. The role earned Vanessa an Oscar for Best Supporting Actress, although she was criticized by numerous Jewish groups because of her support of the Palestinian Liberation Organization. She eventually sparked even more controversy when she stated that she wouldn't be intimidated by "a bunch of Zionist hoodlums" in her acceptance speech for her Oscar.

Despite claims that her pro-Palestine stance would destroy her career, Redgrave continued to act throughout the next decades. In 1984, she played Olive Chancellor in "The Bostonians" before booking the role of transsexual tennis player Renee Richards in "Second Serve." In 1992, she played Mrs. Wilcox in "Howards End." By this point, she had been nominated for six Academy Awards.

Another major step forward came in 1996 when she booked the role of a crime boss in "Mission: Impossible" alongside Tom Cruise. The next year, she played Oscar Wilde's mother in "Wilde," before appearing in "Mrs. Dalloway." In 1999, she played Dr. Sonia Wick in "Girl, Interrupted."

In 2000, she transitioned to television acting with a well-received performance in HBO's "If These Walls Could Talk 2." She earned a Golden Globe as a result of this role. She then joined the second season of "Nip/Tuck" before returning to film once again in films like "Venus," "Atonement," and "Evening." In 2010, Vanessa joined the cast of Ridley Scott's "Robin Hood." That year, she also appeared in "The Whistleblower" and narrated the documentary "Robinson in Ruins." In 2017, she directed her first film, the documentary "Sea of Sorrow." Throughout her career, she has also maintained an active presence in the world of theatre, appearing in various productions on Broadway and London's West End.

Relationships: Vanessa's first marriage was to director Tony Richardson. They were wed in 1962, and they had two children before separating in 1967. Tony Richardson left Redgrave for a French actress named Jeanne Moreau, and Vanessa subsequently became romantically involved with an Italian actor named Franco Nero. Nero and Redgrave then had a child together before separating. In 1971, Vanessa began dating Timothy Dalton, and the relationship lasted for 15 years. After the pair separated, Redgrave returned to Franco Nero and married him in 2006.

Family Issues: Vanessa Redgrave suffered a tragic year between 2009 and 2010, as three of her close family members passed away. The first was her daughter, Natasha Richardson, who suffered a traumatic brain injury from a skiing accident and never recovered. In 2010, two of her siblings also passed away.

Health Issues: In 2015, Redgrave herself almost passed away after a serious heart attack. That same year, it was reported that Vanessa was suffering from a bad case of emphysema. Redgrave had been a heavy smoker for many years throughout her life.

Activism: Over the years, Vanessa Redgrave has been supportive of various political movements and charities. She is (somewhat controversially) supportive of the Palestinian Liberation Organization. Redgrave alleges that her support of this organization has resulted in her being fired from a number of productions. She has also been supportive of the Chechen separatist movement, and at one time paid 50,000 pounds to bail Akhmed Zakayev out of prison after he sought political asylum in the United Kingdom. In 1995, Redgrave was elected as a UNICEF Goodwill Ambassador. In 2004, Vanessa began campaigning against the Iraq war. 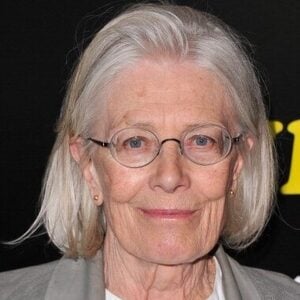