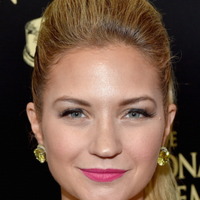 Vanessa Ray net worth: Vanessa Ray is an American actress and singer who has a net worth of $3 million. Vanessa Ray was born in Alameda County, California in June 1981. She is best known for starring as Eddie Janko on the television series Blue Bloods starting in 2013. Vanessa Ray starred as Tessa Marchetti on the TV series Damages in 2010. From 2009 to 2010 she starred as Teri Ciccone on the soap opera As the World Turns. From 2011 to 2012 Vanessa Ray starred as Jenny Griffith on the series Suits. From 2012 to 2017 she starred as CeCe Drake / Charlotte DiLaurentis on the TV series Pretty Little Liars. Vanessa Ray has appeared in the films Nice Guy Johnny, Not Waving But Drowning, Frances Ha, The Last Day of August, Mutual Friends, Devil's Due, All in Time, The Rumperbutts, and more. She has appeared in episodes of the TV series The Battery's Down, White Collar, Nurse Jackie, Girls, The Mentalist, and more.