Early Life: Vanessa Morgan was born Vanessa Morgan Mziray on March 23, 1992, in Ottawa, Ontario, Canada. She grew up with a Scottish mother and Tanzanian father, and she has a sister, Celina. In 2013, Vanessa and Celina competed on "The Amazing Race Canada" and finished in third place. Morgan started singing at just 6 years old, performing at telethons and community events, and in 1999, she received a scholarship to an acting school in Hollywood after being discovered by a Hollywood agent. That year Vanessa won the Junior Miss America pageant and was named the top vocalist at the National Date Festival in Indio, California. The following year, she won the African-American Vocal Competition in Palm Springs, California. During her youth, Vanessa also participated in the Ottawa Athletic Club's NTA tennis program. She attended Colonel By Secondary School in Ottawa, graduating in 2010, then enrolled at Queen's University to study philosophy.

Career: Morgan made her acting debut in 2000 when she played the young version of Vanessa L. Williams' Ebony Scrooge in the VH1 film "A Diva's Christmas Carol." She was a series regular of the Canadian teen sitcom "The Latest Buzz" from 2007 to 2010, and she performed the show's theme song as well. In 2010, Vanessa starred as Marion Hawthorne in the TV movie "Harriet the Spy: Blog Wars" and played a teenage version of Halle Berry's Frankie Murdoch in the film "Frankie & Alice." That year Morgan also starred as the titular vampire in the Disney Channel/Teletoon film "My Babysitter's a Vampire," which was turned into a series the following year. She played Hannah Mornell in the 2011 Disney Channel movie "Geek Charming" and had a recurring role as Jeanne Gossamer / Vanessa LaFontaine on the Disney Channel series "A.N.T. Farm" in 2012. Vanessa guest-starred on "Degrassi" (2013), "Saving Hope" (2013), and "Some Assembly Required" (2015), and in 2014, she appeared in the Lifetime movie "Guilty at 17" and the short film "The Night Session." From 2014 to 2015, Morgan appeared in 27 episodes of MTV's "Finding Carter," and she returned to MTV to play Lyria in season two of "The Shannara Chronicles." 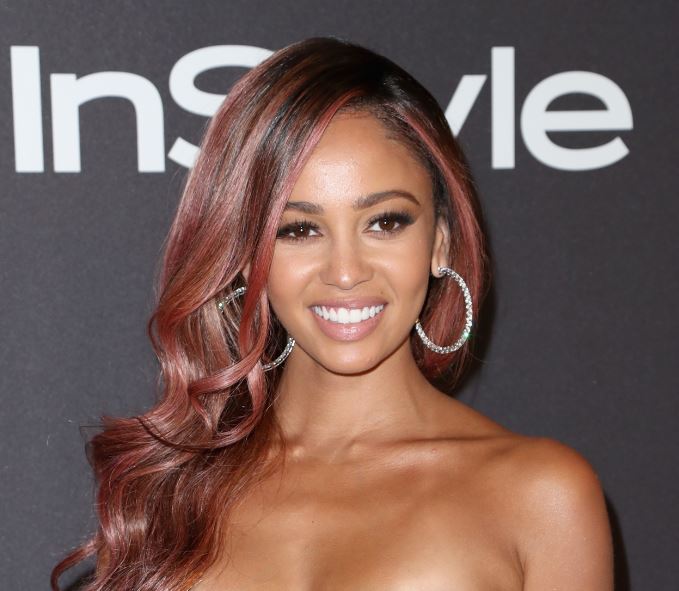 After being passed over for the role of Josie McCoy, Vanessa was cast as Toni Topaz on "Riverdale" in 2017; her part began as a recurring role, and she was promoted to a series regular in season three. Morgan's Toni Topaz spent her high school years as a member of the Southside Serpents, leader of the Pretty Poisons, and bartender at the Whyte Wyrm. Vanessa received death threats from fans who thought Toni (who is bisexual) would cause problems for Betty and Jughead (aka "Bughead"), but she has said she feels honored to play a character like Toni, stating, "It's one of those things where it's scary but I'm so happy. A lot of people judge bisexuality as 'being promiscuous' or something like that. But I believe you can love somebody, you can fall in love with a person's soul." Morgan has shown off her singing abilities in several "Riverdale" episodes, including "Chapter Fifty: American Dreams" and "Chapter Fifty-One: Big Fun." In 2018, she co-starred with Keke Palmer and DMX in the film "Pimp," and in 2019, she appeared on "Lip Sync Battle" and performed Mario's "Let Me Love You" and 50 Cent's "Candy Shop."

Personal Life: Vanessa married professional baseball player Michael Kopech on January 4, 2020, after a six-month engagement. Michael filed for divorce in June 2020, and Morgan announced that she was pregnant in July. A few months later, Vanessa's "Riverdale" co-stars threw her a Halloween-themed baby shower, and she welcomed a son, River, on January 29, 2021. Morgan's pregnancy was written into the fifth season of "Riverdale," which took place after a seven-year time jump. In March 2020, Vanessa tweeted, "Tired of how black people are portrayed in Media, tired of us being portrayed as thugs, dangerous or angry scary people. Tired of us also being used as sidekick non dimensional characters to our white leads. Or only used in the ads for diversity but not actually in the show." She also revealed that on "Riverdale," she's "the only black series regular but also paid the least." The show's creator, Roberto Aguirre-Sacasa, responded, "We hear Vanessa. We love Vanessa. She's right. We're sorry and we make the same promise to you that we did to her. We will do better to honor her and the character she plays. As well as all of our actors and characters of color."

Awards and Nominations: Morgan has been nominated for three Teen Choice Awards for "Riverdale," winning Choice: Scene Stealer and Choice TV: Breakout Star in 2018; Vanessa and co-star Madelaine Petsch were nominated for Choice Ship in 2019. Morgan won the Rising Star Award at the 2014 Planet Africa Awards, and in 2009, "The Latest Buzz" earned her a Young Artist Award nomination for Best Performance in a TV Series (Comedy or Drama) – Leading Young Actress. In 2019, Vanessa and her "Riverdale" castmates received an MTV Movie & TV Award nomination for Best Musical Moment for their performance of "Seventeen" in the season three episode "Chapter Fifty-One: Big Fun." 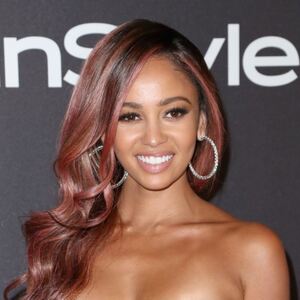