Vanessa Marcil net worth: Vanessa Marcil is an American actress who has a net worth of $4 million dollars. She is known for roles on TV shows like "General Hospital", "Beverly Hills, 90210" and "Las Vegas".

She was born in Indio, California on October 15, 1968. Vanessa Marcil, also known as Vanessa Marcil-Giovinasso and Sally Vanessa Ortiz, began her acting career in the theatre. She first gained widespread attention, with her performance on the soap opera "General Hospital", as Brenda Barrett Corinthos. She appeared on the show from 1992-1998, and then returned sporadically throughout the early 2000s. In addition to her work on "General Hospital", she also appeared in such films as "The Rock" and "Stormwatch". Throughout the late 90s and early 2000s, she appeared as Gina Kincaid on "Beverly Hills, 90210", and starred as Sam Marquez in "Las Vegas" from 2003 to 2008. She also played guest starring or recurring roles in such projects as "Spin City", "NYPD Blue", "Crossing Jordan", "Lipstick Jungle", and "Without a Trace". She has been nominated for multiple acting awards, and has won a Daytime Emmy for Best Supporting Actress and a Soap Opera Digest Award for Best Leading Actress.

Real Estate: In 1997 Vanessa paid $750,000 for a home Los Angeles. She sold the home in 2015 for an undisclosed sum. At the time the property would have been worth approximately $2 million. 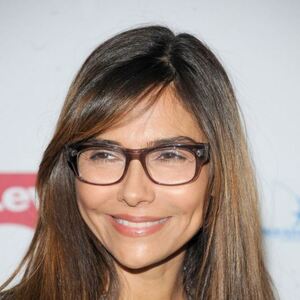