Vanessa Hessler Net Worth: Vanessa Hessler is an Italian-American model and actress who has a net worth of $6 million dollars. Vanessa Hessler was born in Rome, Lazio, Italy, in 1988, and moved to Washington, D.C. before her ninth birthday. She moved back to Italy in 2002 and began modeling when she was 15 years old, with appearances in several TV commercials, primarily for Italian companies such as Donna sotto le stele.

She appeared at Alta Roma Alta Moda, which is Rome's version of New York's Fashion Week. Since then, she has worked for Calvin Klein, L'Oreal, Giorgio Armani, and GUESS. Hessler appeared on the runway for Prada's Fall show in Milan in 2010. In 2006, she lost out on the opportunity to host TV show "Le lene" to fellow Italian model Cristina Chiabotto. Later that year, she made her TV host debut as part of the Festival di Sanremo. Hessler has appeared in several films, including "Christmas in Miami", "Asterix at the Olympic Games", and "For a Night of Love". She was embroiled in controversy in late 2011 when her contract with a Telefonica Europe brand was terminated as a result of her public relationship with the Gaddafi family. Hessler reaffirmed her "love story" with Muammar Gaddafi's son, Mutassim, and publicly condemned the Western world for interfering in Libyan politics and supporting the rebels. 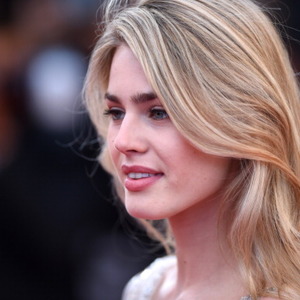