Vanessa Angel net worth: Vanessa Angel is an English actress and model who has a net worth of $3 million. Vanessa Angel was born in London, England in November 1966. Angel was discovered by an agent in a café and was signed by Ford Models at 16 years old. She moved to New York City and appeared on the covers of Vogue and Cosmopolitan magazines. Angel was also a Diet Pepsi Girl. From 1992 to 1993 she starred as Detective Peggy Elliott in the television series Reasonable Doubts. One of her best known roles came starring as Lisa in the TV series Weird Science from 1994 to 1998. Angel had recurring roles in the TV series Baywatch in 1991, Melrose Place in 1993, Veronica's Closet in 1997, and Stargate SG-1 in 2000. She has starred in the movies Spies Like Us, Another Chance, King of New York, Killer Instinct, Stop! Or My Mom Will Shoot, Sleep with Me, Kingpin, Kissing a Fool, Camouflage, The Perfect Score, SuperBabies: Baby Geniuses 2, Popstar, Endless Bummer, Hall Pass, and Trouble Sleeping. 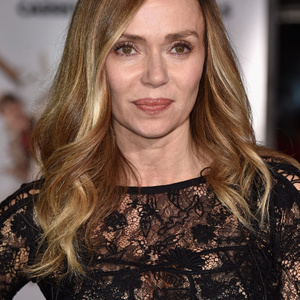