Valery Ortiz Net North: Valery Ortiz is a Puerto Rican actress, dancer, singer, songwriter and author who has a net worth of $1 million. Valery Ortiz was born August 1, 1984 in San Juan, Puerto Rico. She is probably best known for her role as Madison Duarte on the television series South of Nowhere.

Ortiz was born in San Juan, Puerto Rico but raised in Orlando, Florida. Passionate about becoming a ballerina, she received a scholarship to The Southern Ballet Theater Performing Art Centre in Orlando. She continued dancing but eased out of it in middle school as her interest in theatre and acting became more important. She worked in Orlando as an extra at Universal Studios and, following in her older brother's footsteps, was accepted into the Dr. Phillips High School performing arts magnet program. After four years of study, Ortiz began working in several productions like Latin's Anonymous (Orlando Fringe Festival), West Side Story as Maria, A Midsummer Night's Dream as Helena, The Vagina Monologues (Orlando Premiere) and The Edinburgh, Scotland Fringe Festival. While attending the University of Central Florida, Ortiz was given an opportunity to work on the television show Splat! as a host. After the first season, a two-week vacation to Los Angeles, California turned into a permanent relocation. Ortiz almost immediately started work on a local television show called LATV Live as a VJ. While working at the Hard Rock Cafe as a hostess, Ortiz was cast as in the comedy Date Movie as Jell-O, a Jennifer Lopez impersonation. During the movie's filming, she was cast in the television series South of Nowhere. Shortly thereafter, she was cast in the pilot Emily's Reason's Why Not, which was picked up and aired in 2006. She is currently an anchor for Si TV and E! News. Ortiz was voted "One of the Top 25 Latinas of 2006" by Maxim en Español.

Ortiz also landed the role of Raquel Saldana in Hit the Floor, a scripted VH1 series that premiered May 2013. 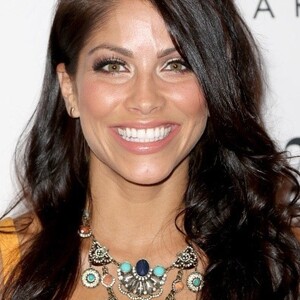