Valerie Harper net worth and salary: Valerie Harper was an American actress who had a net worth of $1 million at the time of her death in 2019. Born in Suffern, New York, Valerie Harper moved around a great deal as a child due to her father's career. She spent her high school years in Jersey City, New Jersey, and when her family moved on, she chose to stay in the New York area to focus on dance. Her ballet training led to work on Broadway, and she appeared in the chorus of multiple shows, including "Li'l Abner", "Wildcat", and "Take Me Along", among many others. She began working with Second City Improv, which led to work in Los Angeles. She was spotted by the casting director for a new sitcom called "The Mary Tyler Moore Show", and was cast in the role that would make her a star, as Rhoda Morgenstern. She went on to win four Emmy Awards and a Golden Globe for her work on "The Mary Tyler Moore Show", and its spin-off, "Rhoda". She continued to work steadily, including guest-starring roles on "Desperate Housewives" and "Drop Dead Diva".

Health and Death: On March 5th, 2013, Valerie Harper announced to the world the she had been diagnosed with terminal brain cancer and had just three months to live. Amazingly she survived much longer than three months but unfortunately by July 2019 Valerie's condition had worsened to the point where she required round-the-clock medical care that her family described as an enormous financial burden. Her family set up a GoFundMe page to raise money for her ongoing bills. Valerie Harper died on August 30, 2019 at the age of 80. 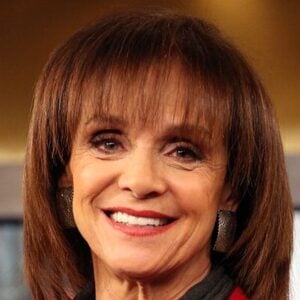