What is Valerie Bertinelli's Net Worth?

Valerie Bertinelli is an American actress who has a net worth of $20 million. Bertinelli has earned her net worth through her many acting roles on television and from her marriage to Eddie Van Halen. She is probably best known for her role on the sitcom "One Day at A Time" (1975–1984), which earned her two Golden Globes. Valerie has also appeared on the TV series "Café Americain" (1993–1994), "Touched by an Angel" (2001–2003), and "Hot in Cleveland" (2010–2015). She began hosting "Valerie's Home Cooking" on the Food Network in 2015, and she has released the cookbooks "One Dish at a Time: Delicious Recipes and Stories from My Italian-American Childhood and Beyond" (2012) and "Valerie's Home Cooking: More than 100 Delicious Recipes to Share with Friends and Family" (2017). Bertinelli published her memoir, "Losing It: And Gaining My Life Back One Pound at a Time," in 2008, and followed it with "Finding It: And Satisfying My Hunger for Life Without Opening the Fridge" in 2009.

Valerie Bertinelli was born Valerie Anne Bertinelli on April 23, 1960, in Wilmington, Delaware. She grew up in Claymont, Delaware, Shreveport, Louisiana, Clarkston, Michigan, Oklahoma City, and Los Angeles, California, with mother Nancy, father Andrew (a General Motors executive), and brothers Patrick, David, and Drew. Her parents also had a son, Mark, who died from accidental poisoning when he was 17 months old, before Valerie was born. Bertinelli studied at Granada Hills High School and the Tami Lynn School of Artists, and Tami Lynn served as her manager from 1971 to 1979. 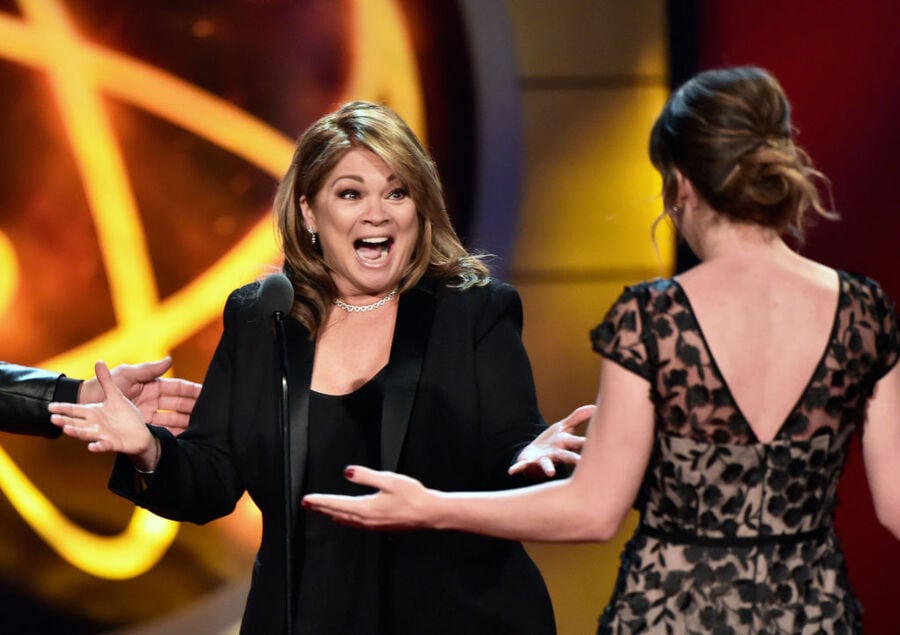 In 1990, Bertinelli played the title role on the CBS sitcom "Sydney," which co-starred future "Friends" star Matthew Perry and ran for 13 episodes. She starred as Holly Aldridge on NBC's "Café Americain" from 1993 to 1994, then appeared in the TV movies "The Haunting of Helen Walker" (1995) and "Two Mothers for Zachary" (1996). Valerie played an angel named Gloria on 59 episodes of the CBS drama "Touched by an Angel" from 2001 to 2003, and she lent her voice to the animated Fox series "Family Guy" in 2001. She had a cameo as herself in the 2004 film "Saved!," and she guest-starred on ABC's "Boston Legal" in 2008. Bertinelli played Melanie Moretti on TV Land's "Hot in Cleveland" from 2010 to 2015, co-starring with Betty White, Jane Leeves, and Wendie Malick. In 2015, she began hosting "Valerie's Home Cooking" and "Kids Baking Championship" on the Food Network, and in 2019, the network gave her two more shows, "Family Restaurant Rivals" and "Family Food Showdown."

Valerie married musician Eddie Van Halen on April 11, 1981, and they welcomed son Wolfgang Van Halen on March 16, 1991. Bertinelli and Van Halen split in 2001, and their divorce was finalized in December 2007. Valerie has said that Eddie's drug addiction his refusal to stop smoking after his oral cancer diagnosis were major reasons for the divorce. Bertinelli went on to wed financial planner Tom Vitale on January 1, 2011, and she is stepmother to his four children. Sadly, Van Halen died in October 2020 after a long battle with cancer, and Valerie and Wolfgang were with him when he passed.

Bertinelli has been very open about her struggle with weight loss, and she appeared in ads for Jenny Craig after losing 40 pounds on their weight loss program. In 2010, she ran in the Boston Marathon as part of the Dana-Farber Cancer Institute Team, finishing in a time of 5:14:37. In 2014, Valerie appeared on the TLC series "Who Do You Think You Are?" and discovered that she's a descendant of King Edward I of England.

Bertinelli has been nominated for three Golden Globes, winning Best Supporting Actress in a Series, Miniseries or Motion Picture Made for Television for "One Day at a Time" in 1981 and 1982. In 2019, she won Daytime Emmy Awards for Outstanding Culinary Host and Outstanding Culinary Program for "Valerie's Home Cooking," and the show was also nominated in 2018 and 2020. In 2005, Valerie was nominated for a TV Land Award for Favorite Singing Siblings (shared with Mackenzie Phillips) for "One Day at a Time," and she was named Lady You Love to Watch Fight for Her Life in a Movie of the Week in 2007. Bertinelli was nominated for a Young Artist Award for Best Young Comedienne for "One Day at a Time" in 1981, and the cast of "Hot in Cleveland" earned a Screen Actors Guild Award nomination for Outstanding Performance by an Ensemble in a Comedy Series in 2011. In 2012, she received a star on the Hollywood Walk of Fame.

After separating from Van Halen, Bertinelli paid around $2.25 million for a 5,200 square foot home in the Hollywood Hills in 2002. The 5-bedroom, 6-bathroom home was renovated shortly before Valerie purchased it. 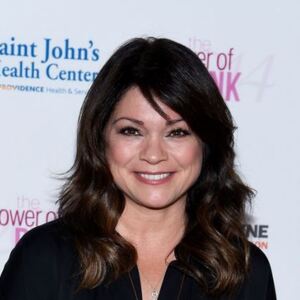