Val Chmerkovskiy was born in Odessa, Ukraine and began his training in ballroom dance when he was seven years old. He was reportedly not particularly interested in ballroom initially, but showed real talent almost immediately. He competed in his first international competition, The German Open, when he was ten years old. He became the first and only American to win the IDSF World Championship when he was fifteen and went on to win the Blackpool competition when he was 19. After leaving the competitive ballroom world behind in his early 20s, he joined the cast of "Dancing with the Stars" as one of their pros and joined his older brother, Max, on the show. In his first five seasons on the program, he placed 11th, 10th, 3rd, 2nd, and 6th. In addition to working on "Dancing With the Stars", he is also a rap artist, accomplished violinist, and co-owner of the Dance with Me dance studio chain. 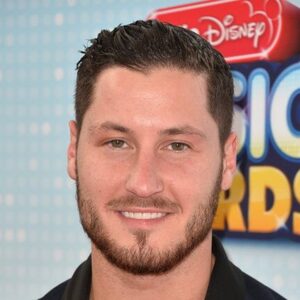