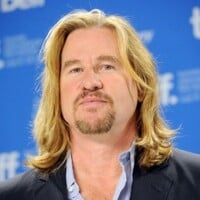 What is Val Kilmer's Net Worth?

Val Kilmer is an American actor who has a net worth of $10 million. Kilmer is one of the most recognizable faces in the entertainment industry, and he has carved out an impressive reputation for himself after earning a long list of film and TV credits. Some of his notable films include "Top Gun," "Batman Forever," "The Doors," "Tombstone," and "Heat."

Val Kilmer was one of the highest paid actors in the world in the mid 1990s thanks to appearances in a number of big budget blockbusters. Unfortunately, Val's reputation for being difficult to work with largely dried up his blockbuster career and paychecks. His finances were further destabilized by a divorce in 1996 at the absolute peak of his earnings and wealth. A 2015 throat cancer diagnosis further debilitated his ability to consistently act and ultimately removed his ability to speak entirely.

Val Edward Kilmer was born on December 31st of 1959 in Los Angeles. When Val was eight years old, his parents divorced and he when was 19, his younger brother died. Deaths would continue in the family, as Val Kilmer's father also died in 1993. After attending a Christian Science school until 9th grade, Kilmer transferred to Chatsworth High School. One of his fellow high school students was Kevin Spacey, and Kilmer would later follow in Spacey's footsteps when he was accepted into the Juilliard School. At the time, Val Kilmer was the youngest person to ever be accepted into the famous acting school.

Kilmer's career began with his education at Juilliard, during which he co-authored and performed How It All Began, a play that debuted at the New York Shakespeare Festival. Theater became a focus for Kilmer in this early stage of his career, and he even turned down major film roles in order to remain in the theater world. In 1983, he joined Kevin Bacon and Sean Penn in the off-Broadway production Slab Boys.

He continued to flex his writing muscles during this time and published a collection of his own poetry called My Eden After Burns. Today, this is one of the rarest and most sought-after poetry books, and second-hand copies can cost hundreds of dollars. At this point in his career, Kilmer rarely appeared in front of a camera, and his only non-theater roles were in commercials and one educational video about drinking and driving.

That all changed when he appeared in the action-comedy Top Secret!, which effectively launched his film career. His next major film role came with the 1985 comedy Real Genius, in which he played the lead. Although he was a popular leading man at this stage of his career, his fame skyrocketed to a whole new level with the release of 1986's Top Gun. The film put Kilmer alongside Tom Cruise in a starring role and grossed over $345 million worldwide. 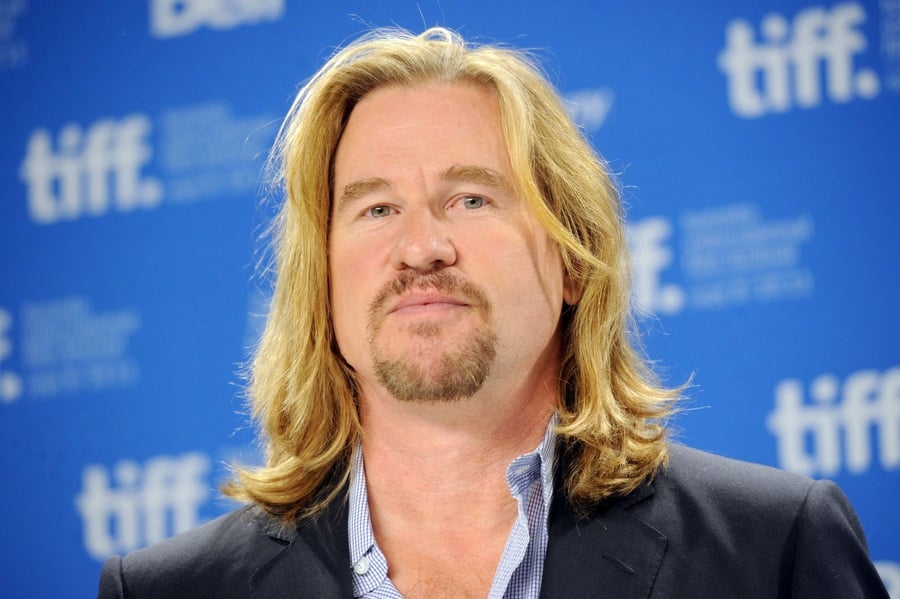 Finding acting gigs was easy for Kilmer was easy after Top Gun, and he was able to take his pick of roles on TV shows like The Murders In Rue Morgue, and in movies such as Kill Me Again and Billy the Kid. He also returned to his theater roots with a role in Hamlet during the Colorado Shakespeare Festival.

For Val Kilmer, the 90s began with the portrayal of Jim Morrison in The Doors. He gained widespread praise for his accuracy in replicating Morrisson's persona, especially from former band members of The Doors. Kilmer's projects during the next few years included a variety of action films and True Romance, a film written by Quentin Tarantino. In particular, he gained notoriety for his performances in Tombstone and Heat.

Kilmer's career continued to ascend when he booked the role of Batman in Batman Forever. Although the film received mixed reviews, the box office numbers were astounding. Val Kilmer was singled out by the co-creator of Batman, Bob Kane, who said that Kilmer provided the most accurate portrayal of the superhero's comic book persona.

In 1996, Kilmer joined the cast of The Island of Dr. Moreau, an ill-fated film that has become legendary in the film world for its turbulent production. He later appeared in a range of action films before taking a central role in The Saint, a film that showed off Kilmer's impressive range and his poetic skills. He finished off the decade with roles in films like The Prince Of Egypt, Joe the King, and At First Sight.

The 2000s did not start well for Kilmer, as he starred in one of the biggest box office bombs of all time: Red Planet. He followed up with a number of independent, low-budget films that had a limited release. During the next few years, Kilmer appeared in films like Spartan, Wonderland, The Missing, Mindhunters, and Alexander. The latter film barely broke even at the box office.

In 2006, Kilmer participated in the film Deja Vu, a film that enjoyed tremendous success at the box office. He also spent the latter part of the decade acting in crime movies such as Bad Lieutenant: Port of Call New Orleans and Streets of Blood. The 2010s began for Kilmer with a number of roles in horror movies such as The Traveler and Twixt. In 2017, he booked roles in Song to Song and The Snowman. In 2018, it was announced that Kilmer would be reprising his iconic 80s role in a Top Gun reboot called Top Gun: Maverick.

Throughout his career, Val Kilmer has always maintained close ties to theater. Of particular note was his 2010 one-man play, Citizen Twain. Kilmer has also starred in a wide range of television shows over the years, both as a guest star and in recurring roles. Notable examples include shows like Entourage, Psych, and Knight Rider. For the latter show, Kilmer voiced the character of KITT, a self-aware AI installed into a car.

Early in Val Kilmer's career, he gained a reputation for being very popular with women. He also generated buzz for dating women who were significantly older than him, including Cher and Ellen Barkin. Kilmer met his first wife, Joanne Whalley, on the set of Madmartigan in 1988. After having two children, the couple separated in 1996. Val Kilmer is a Christian Scientist, and he has been involved in many films with religious themes.

Val previously owned a 6,000-acre ranch in New Mexico which he at one point wanted to turn into to a resort/ranch/bed and breakfast. In 2009 he listed the entire property for sale for $33 million. In October 2011 he reached a deal to sell roughly 5,300 of the acres to an oil billionaire couple for $18.5 million. Val Kilmer sold a second portion at some point in the following years. He still owns around 160-acres of the property.