Uzo Aduba net worth: Uzo Aduba is an American actress who has a net worth of $1 million. Uzo Aduba was born in Boston, Massachusetts. She is best known for playing the role of Suzanne "Crazy Eyes" Warren on the Netflix series Orange Is the New Black. Aduba was nominated for a Helen Hayes Award for her role in Translations of Xhosa in 2003. She made her Broadway debut in Coram Boy in 2007 and starred in Godspell from 2011 to 2012. Her best known role has come starring as Suzanne "Crazy Eyes" Warren on the television series Orange Is the New Black since 2013. Aduba has appeared in episodes of the TV series Blue Bloods and Saturday Night Live. For her role in Orange Is the New Black Aduba has won two Screen Actors Guild Awards, a Primetime Emmy Award, and a Critics' Choice Television Award and been nominated for a Golden Globe Award, NAACP Image Award, and Satellite Award. 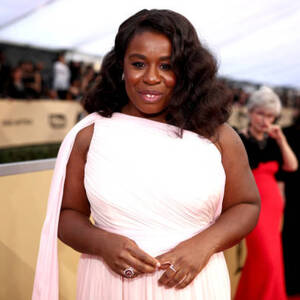