Ursula Corbero Net Worth: Ursula Corbero is a Spanish actress who has a net worth of $3 million. Ursula Corbero was born in Barcelona, Spain in August 1989. She is best known for playing the role of Ruth in the TV series Fisica o Quimica. She wanted to be an actress at age five and appeared in commercials.

Her debut acting role came in the TV series Mirall trencat in 2002. From 2005 to 2006 Corbero starred as Sara in the series Ventdelpla. In 2011 she starred in the TV series 14 de abril. La Republica as Beatriz de la Torre. From 2008 to 2011 she starred as Ruth in the series Physical or Chemical (Fisica o Quimica). In 2013 Ursula starred as Julia Contrazar in the series Gran Reserva. Corbero has also starred in the films Paranormal Experience 3D in 2011, and Afterparty, Crimen con vista al mar, and Quien mato a Bambi? in 2013. She has also appeared in episodes of the TV series Countdown, The Boarding School, Mario Conde, los dias de gloria, La dama velata, Anclados, Con el culo al aire, and Isabel. 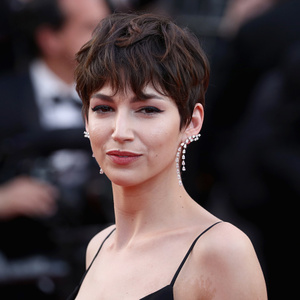