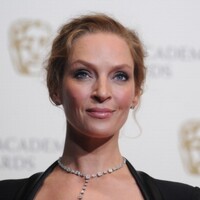 What is Uma Thurman's Net Worth and Salary?

Uma Thurman is an American actress with an eclectic filmography and a net worth of $45 million. Famous for her ethereal looks, she is probably best known for her collaborations with director Quentin Tarantino, who called her "up there with Garbo and Dietrich in goddess territory."

Uma Thurman pulled off the transition of which most models dream.  She parlayed a successful modeling career into a more successful film career.  She began modeling at age 15, appearing on the covers of such publications as Vogue and British Vogue.  By age 18, she had already racked up supporting roles in four films, including the hit film adaptation of "Dangerous Liaisons".  At age 20, she received rave reviews for her performance in "Henry & June", the first film to ever receive an NC-17 rating.  The next few years would bring such successful projects as "Pulp Fiction", for which she received a Golden Globe nomination, "Beautiful Girls", "The Truth About Cats & Dogs", "Gattaca", and the television film, "Hysterical Blindness", for which she received a Golden Globe Award.  In amongst all the film and television roles, she met and married fellow actor Ethan Hawke, gave birth to two children, and then got a divorce.  She went on to film such hits as "Kill Bill" and "Prime," among numerous other impressive roles.

Uma Thurman's childhood was decidedly bohemian. She was raised primarily in Amherst, Massachusetts, and Woodstock, New York, though she spent time in India as a child before moving to New York City to pursue acting at the age of fifteen. It's been suggested that her childhood was awkward and introverted, but like many successful performers she parlayed that into her work, first getting noticed for her acting in a school production of Arthur Miller's The Crucible. 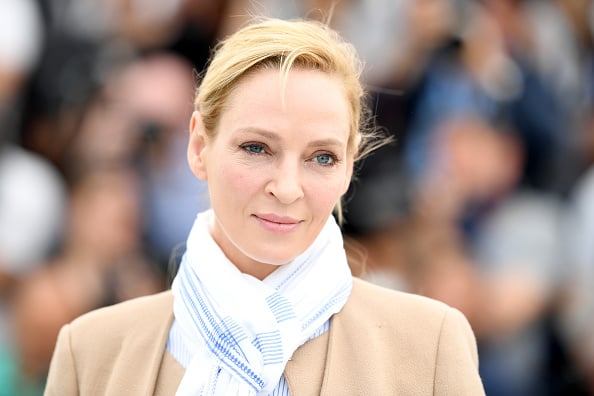 Talent scouts noticed Thurman onstage in The Crucible, but her first work in entertainment was as a model. She appeared in Glamour and Vogue in the mid-80s, but she quickly transitioned into acting work. In 1987 she made her feature film debut in thriller Kiss Daddy Goodnight. Then, the following year in 1988 she appeared in three films: Johnny Be Good, The Adventures of Baron Munchausen, and the film that represented her big break, Dangerous Liaisons. From there, Thurman continued to work in films for the next several years, until meeting the director that would help complete her transformation into a full-blown movie star: Quentin Tarantino.

She first appeared in Tarantino's 1994 film Pulp Fiction, which grossed $213 million worldwide and earned her an Academy Award nomination for Best Supporting Actress, and later in both segments of Tarantino's two-part martial-arts epic Kill Bill. Other box-office successes include the science-fiction film Gattaca, the romantic comedy The Truth About Cats and Dogs, and the crime comedies Get Shorty and Be Cool, both based on novels by Elmore Leonard.

Thurman appeared in a variety of huge blockbusters (as well as would-be blockbusters) in the late 90s. In 1997 she played the Batman villain Poison Ivy in Joel Schumacher's Batman and Robin, and the following year she starred as Emma Peel in the big screen reboot of The Avengers (not to be confused with the Marvel Comics franchise of the same name).

In 2006, after Kill Bill propelled her back into leading roles in feature films. In between the release of Kill Bill's separate volumes, Thurman was seen in the Philip K Dick adaptation Paycheck directed by John Woo and also starring Ben Affleck. She appeared in the romantic comedy My Super Ex-Girlfriend along with Luke Wilson, and in 2007 she starred in the drama The Life Before Her Eyes. After a few more assorted film roles, Thurman finally made her way into television in 2012, as part of a five-episode run of the musical drama Smash. Thurman played a movie star who wanted to make a musical despite having little musical talent, in a role that was praised by critics at the time.

In 2013, Thurman worked with director Lars Von Trier in the first part of Von Trier's two-part film Nymphomaniac, earning more good reviews. In 2015 she appeared on the NBC series The Slap, an adaptation of an Australian series. Then, in 2017, she made her Broadway stage debut in The Parisian Woman, which ran between November 2017 and March 2018. Also in 2018 she reunited with Von Trier for The House That Jack Built, a serial killer film starring Matt Dillon, and she also appeared in the short-lived Netflix series Chambers. 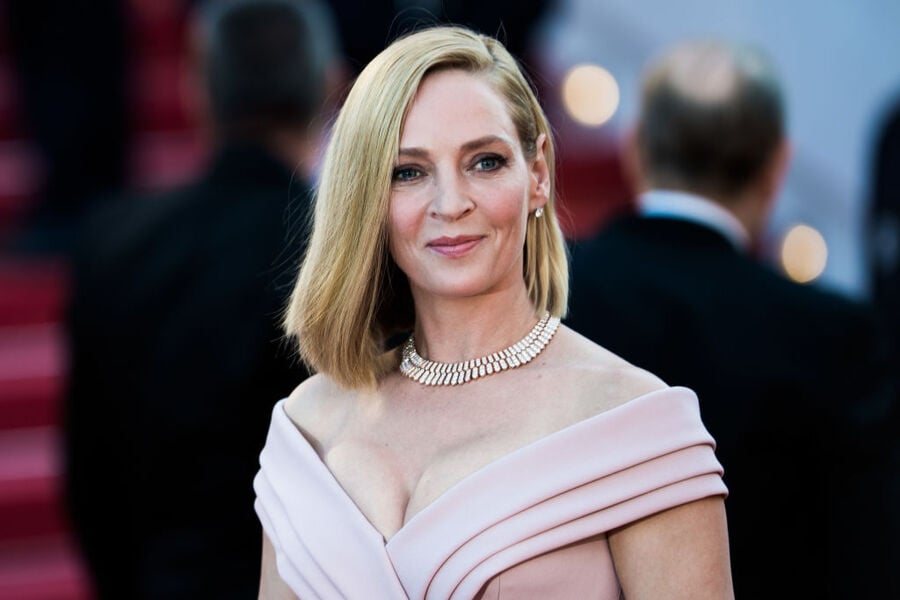 Thurman married her State of Grace co-star, Gary Oldman, in 1990, at the age of twenty. The couple later divorced. Uma married her Gattaca co-star Ethan Hawke in 1998. The couple had two children, Maya Ray and Levon Roan, before divorcing in 2004. Thurman now lives in New York City with her children. She also has a daughter with French financier Arpad Busson, with whom she had an on-again off-again relationship from between 2009 and 2014.

Uma Thurman has served as the namesake for two unlikely entities: a song by Fall Out Boy and a new species of fringe-toed lizards (Uma thurmanae). And in June, 2018, Thurman was reportedly attempting to attain Swedish citizenship, receiving help from no less than Thomas Bodström, the former Swedish Minister for Justice.

At the financial peak of her career, ironically for the critical and commercial flop My Super Ex-Girlfriend, Thurman earned a salary of $14 million. Her first big seven-figure payday was for Batman and Robin, for which she earned a reported $5 million, which led to comparable paydays for Gattaca ($5 million) and The Avengers ($8 million). For Kill Bill she earned $12 million, a contrast to the $300,000 she earned for Pulp Fiction, and Paycheck earned Thurman a $12.5 million paycheck, and she got another $12 million to star in the big screen film version of Mel Brooks' musical The Producers.

In 2013 Thurman purchased a 13-room unit in New York City's famed River House co-op from romance novelist Barbara Taylor Bradford for $10 million. Then, in 2018, she was reportedly planning to sell it, but it isn't known whether or not she was able to find a buyer.

When she was married to Ethan Hawke, the couple owned a distinctive mansion in Snedens Landing, New York that dates all the way back to 1750, reportedly known to locals as the "Ding Dong House" (a nickname earned by its once-prominent bell tower, and which stuck even after the bell was removed). The couple purchased the home in 1998 for $4.4 million, then sold it for $4.6 million about a year after that.