Udo Kier net worth: Udo Kier is a German actor who has a net worth of $10 million. Udo Kier was born in Cologne, Germany in October 1944. He has more than 240 acting credits to his name with many of them coming in films including Andy Warhol's Frankenstein, Blood for Dracula, The Last Word, Story of O, Expose, Suspiria, The Fifth Commandment, The Third Generation, Hungarian Rhapsody, Lola, The Roaring Fifties, Seduction: The Cruel Woman, Epidemic, My Own Private Idaho, Europa, Josh and S.a.m., For Love or Money, Even Cowgirls Get the Blues, Ace Ventura: Pet Detective, Johnny Mnemonic, Over My Dead Body, Barb Wire, The Adventures of Pinocchio, The End of Violence, Prince Valiant, Armageddon, End of Days, Dancer in the Dark, Dracula 3000, Surviving Christmas, Halloween, and more.

Younger fans may know him as the voice of Doctor Peter Glucksbringer Straub in the video game Call of Duty: WWII. 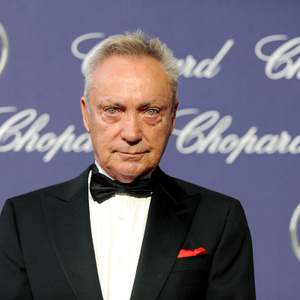