Tyrone Power, Jr. is the fourth actor with his name. He is known for starring as Pillsbury in the movies "Cocoon" (in 1985) and "Cocoon: The Return" (in 1988). Power also starred in the films Shag, California Casanova, Soulmates, Healer, Last Chance Love, California Myth, The Beautiful Illusion, Leaving the Land, Lorelei: The Witch of the Pacific Ocean, Downside, Love and Honor, Bitch Slap, Dreamkiller, The Christmas Colt, High Risk, Mansion of Blood, and The Extra. Power had a recurring role as Penhollow on the soap opera The Bold and the Beautiful in 2009. Tyrone was married to actress DeLane Matthews from 1995 to 2003 and has been married to actress Carla Collins since 2007. 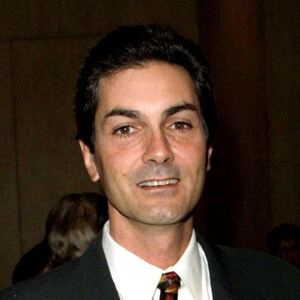