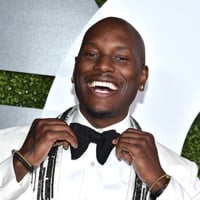 What is Tyrese Gibson's net worth?

Tyrese Gibson is an American Grammy-nominated R&B singer-songwriter, rapper, actor, author, model, MTV VJ, and writer who has a net worth of $6 million. Tyrese Gibson earned his net worth through his career as an actor in films and television including the films "Baby Boy," the "Fast and the Furious" series, and the "Transformers" franchise.

Tyrese Darnell Gibson was born on December 30, 1978, in the Watts neighborhood of Los Angeles. His mother, Priscilla, raised him and his three older siblings as a single parent. At the urging of his high school music teacher, Gibson auditioned for a Coca-Cola commercial. He booked the job and the 1994 ad featured 16-year-old Gibson singing the phrase "Always Coca-Cola." This led to modeling jobs with Guess and Tommy Hilfiger.

In 1998, Gibson signed with RCA Records and released his debut single, "Nobody Else." It shot up the Billboard Hot 100 chart and peaked at number 36. His self-titled debut album was released on September 29, 1998. In late 1998 he became the host of MTV's weekday video show "MTV Jams." His album's third single, "Sweet Lady," was the most successful on the album. It peaked at number nine on the R&B charts. Tyrese was nominated for a Grammy  for Best R&B Male Vocal Performance for "Sweet Lady."

In May 2001, Gibson released his second album, "2000 Watts." The first single off the album was "I Like Them Girls," which landed at number 15 on the charts. The third single from the album, "Just a Baby Boy," featured Snoop Dogg and Mr. Tan. It was featured on the soundtrack for the film "Baby Boy," Gibson's first major acting role.

He released his third studio album "I Wanna Go There" in December 2002. His first single from the album and arguably his most successful single to date "How You Gonna Act Like That" debuted on the charts at number seven.

He released his fourth studio album, "Alter Ego," in December 2006, it was a double-disc album as well as the first one featuring his rapping persona.

Gibson's next album, "Open Invitation" was released in 2011. The lead single, "Stay," peaked at number 11 on the charts. "Open Invitation" debuted on the Billboard 200 albums chart at number nine.  In 2013, the album earned Gibson his third Grammy nomination at the 2013 Grammy Awards.

Gibson's 2015 album, "Black Rose," debuted at number one on the Billboard 200 chart. It was the first number one album of his career. 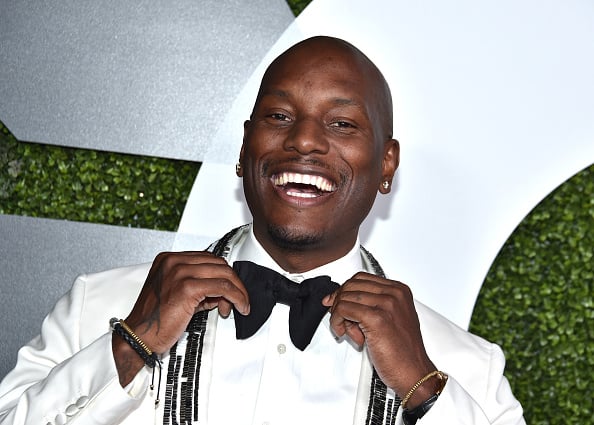 Tyrese lucked out when it came to his acting career. His first big role was in John Singleton's 2001 film "Baby Boy." In 2005, he starred alongside Mark Wahlberg in the action-crime drama "Four Brothers." He has recurring roles in two of the highest-grossing film franchises: "The Fast and the Furious" and "Transformers."

Tyrese has also appeared in a number of television shows including "Hanging with Mr. Cooper," "The Parent 'Hood," "Martin," "Moesha," "American Dad!," and "Black and Blue."

In 2019, Tyrese signed on appear alongside Jared Leto in the "Spider-Man" spinoff "Morbius."

In 2020 Tyrese Gibson signed on to appear in "Dangerous" opposite Mel Gibson, Famke Janssen, and Scott Eastwood.

Gibson released his first book, titled "How to Get Out of Your Own Way," in May 2012. In February 2013, Gibson released his second book along with close personal friend Rev. Run titled "Manology: Secrets of Your Man's Mind Revealed." Both books were New York Times bestsellers.

Gibson married Norma Mitchell in 2007. The couple had a daughter in 2007. They divorced in 2009. In 2017, Norma took out a temporary restraining order against Tyrese. In the request she alleged that he abused her and their daughter. A few months later Tyrese and Norma Gibson became embroiled in a custody battle over their daughter Shayla. Norma accused Gibson of allegedly hitting their child and requested another restraining order. Her claims were rejected by the court. The judge also put a limit on the child support costs Norma could bill Tyrese for.

In 2019, Tyrese filed a complaint against his ex-wife for violating the terms of their joint custody.

On February 14, 2017, Tyrese married Samantha Lee. Their daughter was born on October 1, 2018. In December 2020 they announced their separation. At one point in their divorce process, Samantha requested $20,000 per month in child support. Tyrese called that amount "unreasonably high" and pushed the court to enforce their prenup. Samantha also requested a 2016 Range Rover, while Tyrese offered her a 2017 Land Rover Discovery instead.

In November 2017, Tyrese posted a cryptic message to Instagram in which he claimed he was "desperate and broke." The video was connected to his ongoing divorce and child custody battle with his ex-wife. Tyrese claimed that he was pissed off at The Rock for delaying a future "Fast And Furious" movie by sidetracking the franchise with a spinoff. Tyrese asserted that he desperately needed the paycheck because his ex had bled him dry between child support and legal fees. He also claimed to have received a $5 million loan from Will and Jada Smith. The Smiths denied they had lent him any money.

Tyrese eventually posted a follow up explanation to social media in which he claimed some of his bizarre posts were the result of an adverse reaction to medication.

In a court filing around this time, Tyrese listed his monthly income at $105,000, which sounds like a lot but unfortunately he also listed his monthly expenses as $107,000. Tyrese further claimed to have just $900,000 in the bank and real estate assets worth $1.7 million. He also owed his lawyers around $133,000.

During his August 2022 divorce alimony case against ex-wife Samantha Lee, her lawyers revealed that in 2018 – a year when Tyrese claimed to be broke – he made $2 million. In response Tyrese retorted to the lawyer: "I don't do the CFO thing. Here's a question for you smart person…" at which point the judge cut him off and threatened to hold him in contempt.

In December 2017, just a few months after claiming to be broke, Tyrese and his wife Samantha paid $4 million for a 25,000 square foot mansion in Atlanta's Buckhead suburb. Scattered throughout the home are a number of replica Transformers. Gibson has mini Optimus Prime in the first-floor home office and a large-scale Optimus in its own covered shelter in the backyard by the pool as well as a towering replica of Bumblebee in the foyer to greet visitors. The seven-bedroom, nine-and-a-half bath home has a personal recording studio, complete with a vocal booth and velvet walls.

In May 2021, Tyrese put a home located in Woodland Hills, California on the market for just under $3.5 million. He lowered the price to $2.9 million in January 2022.