Tyra Ferrell net worth: Tyra Ferrell is an American actress who has a net worth of $1 million. Tyra Ferrell was born in Houston, Texas in January 1962. She moved to New York to pursue her acting career and starred on Broadway in Lena Horne: The Lady and Her Music and Ain't Misbehavin.

From 1987 to 1988 Ferrell starred as Roberta Hughes on the television series The Bronx Zoo. In 1990 she starred as Wanda Jenkins in the TV series City. In 1994 Ferrell starred as Dr. Sarah Langworthy in the series ER. From 1996 to 1997 she starred as Mission Specialist Tamara St. James in the television series The Cape. In 2015 she had a recurring role as Roxanne Ford in the TV series Empire. Ferrell has starred in the movies School Daze, The Exorcist III, Jungle Fever, Boyz n the Hood, White Men Can't Jump, Poetic Justice, The Perfect Score, and Boxed In. She has also appeared in episodes of the TV series Hill Street Blues, Moonlighting, The Twilight Zone, Mr. Belvedere, Quantum Leap, Full House, Thirtysomething, The Shield, and Law & Order: Special Victims Unit. In 2005 Ferrell was nominated for an Image Award for NTSB: The Crash of Flight 323. 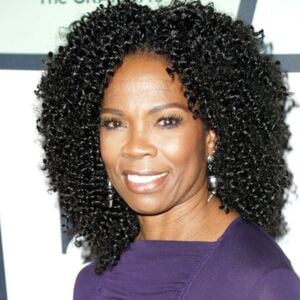