Tyler Labine Net Worth: Tyler Labine is a Canadian actor who has a net worth of $2 million dollars. Born April 29, 1978 in Brampton, Ontario, Canada, he is best known for his roles in television series Breaker High, Invasion and Reaper, as well as for his role in the movie Tucker & Dale vs.

Evil. Early in childhood his family moved to Vancouver, British Columbia, and it was there that he began his acting career in a local theater. Labine was featured in smaller roles on various television series and movies of the week before landing one of the lead roles on the series Breaker High, alongside Ryan Gosling. From there he went on to work in some major feature films, including Marine Life with Cybill Shepherd, and Antitrust with Tim Robbins. He also worked opposite musician David Bowie in the film Mr. Rice's Secret. Labine's reputation and fan base expanded when he landed the lead role of Scotty on the series Dead Last. He also starred in the ABC series That Was Then and secured a role in the World War I fighter pilot feature called Flyboys, directed by Tony Bill. Labine portrayed the late John Belushi in the television film Behind the Camera: The Unauthorized story of Mork & Mindy. During his down time, the Los Angeles-based actor plays music with his brother and his best friend in the hip-hop band Figures of Speech. Labine is a talented turntablist and MC as well. An avid snowboarder, Labine enjoys the resorts of Whistler/Blackcomb and likes to spend time at the family cottage in Ontario. 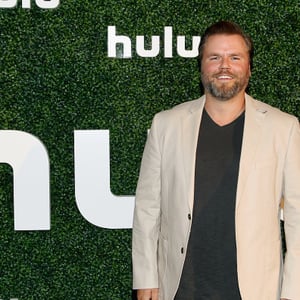