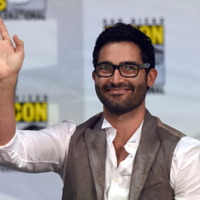 What is Tyler Hoechlin's net worth and salary?

Tyler Hoechlin is an American actor who has a net worth of $4 million. Tyler Hoechlin first achieved widespread recognition for his child performance as Michael Sullivan Jr. in the 2002 film "Road to Perdition." He went on to star on the television series "7th Heaven," and later appeared in such movies as "Hall Pass," "Everybody Wants Some!!," "Can You Keep a Secret?," and "Palm Springs." Additionally, Hoechlin has had main roles on the television series "Teen Wolf" and "Superman & Lois," and has also appeared as Superman on other DC Comics series. He appeared in 63 episodes of Teen Wolf between 2011 and 2017.

Tyler Hoechlin was born on September 11, 1987 in Corona, California to Lori and Don. He has two brothers named Travis and Tanner, as well as an older sister named Carrie. Hoechlin is of German, Irish, and Native American ancestry. Growing up, he was an avid baseball player. He continued to hone his skills throughout his time at Santiago High School, playing in the Area Code Games in 2004 and 2005. Subsequently, Hoechlin went on a scholarship to Arizona State University, where he played infield and made it to the College World Series. Following a year at ASU, he transferred to the University of California, Irvine and played infield for the Anteaters.

Shooting for a baseball career, Hoechlin prioritized the sport over other vocational pursuits. As a result, he turned down several meetings and auditions, even declining the role of Emmett Cullen in the "Twilight" film series. However, after pulling his hamstring in his junior year at UCI, Hoechlin began going to more auditions. Heeding the advice of his coach, he ultimately decided to pursue a full-time acting career.

Hoechlin made his screen-acting debut at the age of 11 in 1998, when he appeared in the "Happy Haunting" segment of a "Disney Sing-Along Songs" video. The following year, he appeared in the family film "Family Tree." Hoechlin had his breakthrough role in 2002, when he played Michael Sullivan Jr., the son of Tom Hanks' gangster Michael Sullivan, in the crime drama "Road to Perdition." For his performance, he won the Young Artist Award for Best Performance in a Feature Film – Leading Young Actor. Following a six-year hiatus from feature films, Hoechlin returned in 2008 with a starring role in the horror film "Solstice." He was subsequently in "Open Gate" and the Farrelly brothers comedy "Hall Pass."

In 2016, Hoechlin starred as a baseball player in two very different films: Richard Linklater's college comedy "Everybody Wants Some!!" and the sports drama "Undrafted." The next year, he appeared in the British action thriller "Stratton." Hoechlin had one of his biggest years yet in 2018, appearing in four films. They were the erotic drama sequel "Fifty Shades Freed"; the post-apocalyptic action horror film "The Domestics"; the romantic dramedy "Then Came You"; and the biographical film "Bigger," in which he portrayed Canadian bodybuilder and entrepreneur Joe Weider. Hoechlin next starred opposite Alexandra Daddario in the romantic comedy "Can You Keep a Secret?," based on the eponymous novel by Sophie Kinsella. Following this, in 2020, he had a supporting role in the science-fiction romantic comedy "Palm Springs," starring Andy Samberg and Cristin Milioti. 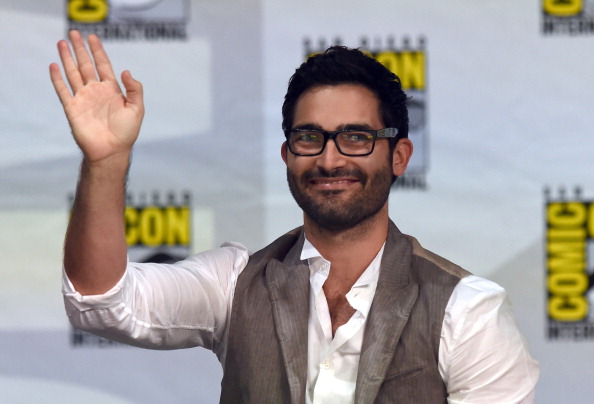 Hoechlin had his television debut in 2003, when he began playing Martin Brewer on the family drama series "7th Heaven." Originally cast in a recurring capacity, he eventually became part of the main cast, appearing on the show through its conclusion in 2007. Subsequently, Hoechlin showed up in an episode of "CSI: Miami," and also starred in the television horror film "Grizzly Rage." In 2009, he made guest appearances on the shows "Lincoln Heights," "My Boys," and "Castle." Hoechlin landed his next big television role in 2011, when he began playing werewolf Derek Hale on the supernatural drama "Teen Wolf." He had a main role for the show's first four seasons, and returned in a guest role in season six.

From 2016 to 2019, Hoechlin had a recurring role as Clark Kent and his alter-ego Superman on the series "Supergirl." He also appeared in this role in episodes of other DC Comics superhero series, including "Arrow," "The Flash," "Batwoman," and "Legends of Tomorrow." Later, in 2021, Hoechlin began starring as Superman on the spinoff series "Superman & Lois," costarring Elizabeth Tulloch. Among his other television credits, he had a recurring role in the first season of the Netflix science-fiction series "Another Life."

Hoechlin has been in many romantic relationships. Some of his earliest girlfriends were Candice King, Ashlee Simpson, and Mackenzie Rosman. In 2010, Hoechlin began dating actress and dancer Rachele Brooke Smith; the couple later broke up in 2012. Following this, it was alleged that Hoechlin was in a relationship with his "Teen Wolf" costar Jill Wagner, as the two spent time together in Hawaii and made a number of public appearances. However, both denied that they were seeing each other. Hoechlin went on to date actress Brittany Snow.