Tyler Christopher net worth: Tyler Christopher is an American actor who has a net worth of $7 million dollars. He is probably best known for playing "Nikolas Cassadine" and "Connor Bishop" on the ABC soap opera, General Hospital but has also appeared on several prime time television program throughout his career.

He was born in 1972 in Joliet, Illinois and grew up in Delawre, Ohio as the youngest child of four children. He is of Native American heritage. He attended Ohio Wesleyan University for two years and then moved to Los Angeles to pursue a career in acting. In 1996 he landed a role on General Hospital and also appeared in several television shows like Charmed, Felicity, The Division, JAG, CSI, Crossing Jordan, and Boomtown. Christopher was married to Eva Longoria from 2002 to 2004. He had also previously been linked to former General Hospital actress, Vanessa Marcil, and from 2005 to 2007 he had an on again off again relationship with Natalia Livingston. Christopher married Brienne Pedigo on September 27, 2008, and their son, Greysun James, was born in 2009. In 2014, he appeared on the hit ABC reality series, Celebrity Wife Swap where he traded lives with fellow soap opera actor, Ronn Moss. The show followed the lives of both soap stars as their spouses traded lives for one week. 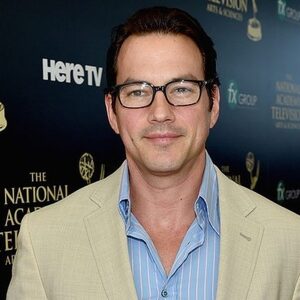