Ty Simpkins Net Worth: Ty Simpkins is an American child actor who has a net worth of $2 million dollars. Born August 6, 2001 in New York City, New York, his first appearance on television was as a three-week-old baby on daytime soap opera One Life to Live. He soon had a recurring role as Jude Cooper Bauer on daytime soap opera The Guiding Light (for about four years).

He has since appeared on Law & Order: CI and a few commercials and print ads. His big film break came when he was cast in Steven Spielberg's War of the Worlds (2005), followed up with a featured role in All the King's Men (2006), where he portrayed a young Jude Law. He is probably best known as Aaron in the award-winning film drama Little Children (2006). In 2008, he starred alongside his sister, actress Ryan Simpkins, in the film Pride and Glory, where the brother and sister played the children of Colin Farrell's character. He again starred alongside his sister in Revolutionary Road (2008). In 2013, Ty was cast alongside Robert Downey, Jr. in the action film Iron Man 3 as Downey, Jr.'s character Tony Stark's sidekick, Harley. Simpkins went on to sign a three-picture deal with Marvel Studios in an unspecified role and is also reportedly to appear in the film Jurassic World in 2015. 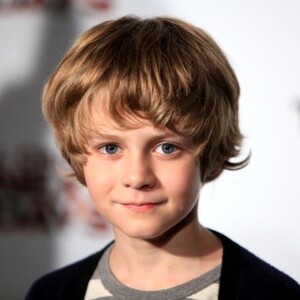