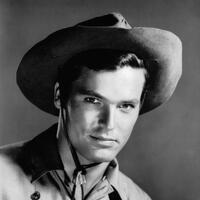 Ty Hardin net worth: Ty Hardin is an American actor who has a net worth of $5 million. Ty Hardin was born in New York City, New York in January 1930. He is best known for starring as Bronco Layne on the television series Bronco from 1958 to 1962. Hardin served in the U.S. Army during the Korean War and was a first lieutenant. He was a tight end for Texas A&M University on a football scholarship and worked as an electronic engineer at Douglas Aircraft in Santa Monica, California. Hardin starred as Moss Andrews in the TV series Riptide in 1969. He starred in several movies including I Married a Monster from Outer Space, The Space Children, As Young as We Are, Last Train from Gun Hill, Merrill's Marauders, The Chapman Report, PT 109, Palm Springs weekend, Wall of Noise, Man of the Cursed Valley, Battle of the Bulge, Savage Pajamas, Death on the Run, Custer of the West, Berserk!, Ragan, Terrible Day of the Big Gundown, Drummer of Vengeance, Holy Water Joe, Fire!, The Zoo Gang, and Rescue Me.