What is Ty Burrell's net worth and salary?

Ty Burrell is an American actor and comedian who has a net worth of $26 million. Ty Burrell is most famous for playing the role of Phil Dunphy on the ABC comedy series "Modern Family." Outside of Modern Family Burrell has appeared in a number of films including "Black Hawk Down," "Finding Dory" and "National Treasure: Book of Secrets."

How much did Ty Burrell make per episode of Modern Family?

Burrell was born on August 22, 1967 in Grant Pass, Southern Oregon. He is the son of Sheri Rose, a teacher, and Gary Gerald Burrell, who worked as a family therapist until his death in 1989. Ty grew up in Applegate, a small Oregon town near the California border. He played football (a lineman) for the Hidden Valley Mustangs while attending Hidden Valley High School. Burrell graduated with a bachelor's degree in theater arts from Southern Oregon University in 1993. He worked his way through college as a bartender at the Oregon Shakespeare Festival and continued his education by earning an MFA from Penn State University. During his time at Penn State, Burrell was an active member (alongside comedian and star Keegan-Michel Key) of the Theater 100 Company.

Burrell was an actor at the Utah Shakespeare Festival, in 1999, and lived out of his van part of the time when he was in graduate school in order to save money. His first film credit roles were in 2001's "Black Hawk Down" and "Evolution." In 2004, he appeared in the remake of "Dawn of the Dead." He also added several stage appearances to his resume, like Broadway's "Macbeth" and off-Broadway plays such as "Show People" and "The Blue Demon." He co-wrote and starred in the comedy "The Red Herring O' Happiness" and made a guest appearance on Law & Order: SVU. He was cast as Oliver Barnes on Christopher Lloyd's CBS sitcom "Out of Practice," which ran from 2005 to 2006. The show was unfortunately canceled with eight remaining episodes that were never aired. Next up, Burrell appeared in the film "Fur: An Imaginary Portrait of Diane Arbus." Burrell had a small role in the film "National Treasure: Book of Secrets" in 2007 and was cast in a starring role on the Fox sitcom "Back to You" that same year. It was unfortunately canceled in 2008. Burrel played Leonard Samson in the 2008 Marvel film "The Incredible Hulk."

Ty's biggest breakthrough came when he was cast as realtor Phil Dunphy in ABC's sitcom "Modern Family." His performance was met with much critical acclaim. He also reprised his character of Phil in commercials for the National Association of Realtors. "Modern Family" was a smash hit and ran from 2009 to 2020. Ty signed a deal with 20th Century Fox with the intention to, along with his own production company Desert Whale Productions, develop his own comedy projects in 2020. 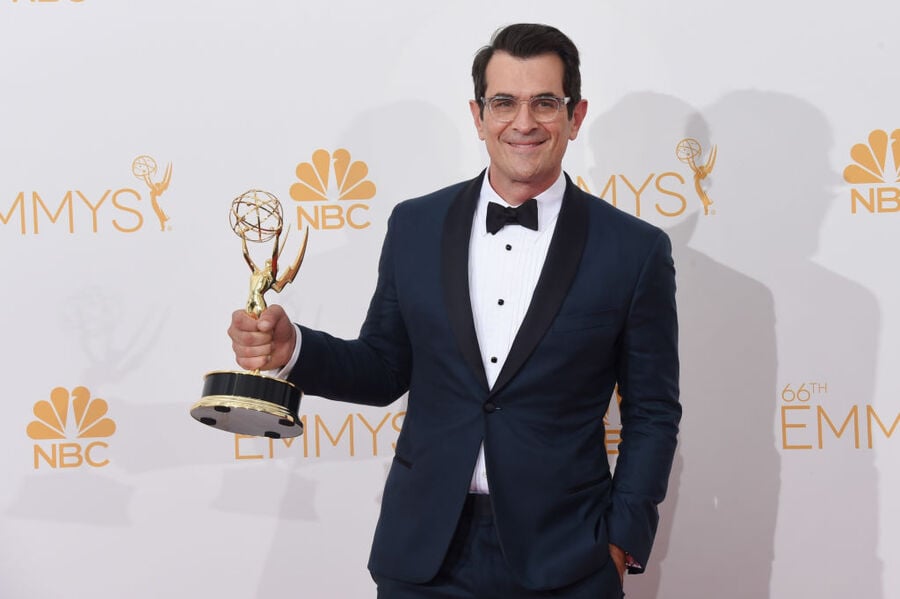 Outside of his successful acting career, Burrell opened his own restaurant in Park City Utah called The Eating Establishment. He also owns two bars in Salt Lake City, Bar X and Beer Bar, which are connected to each other. In March 2020, when COVID-19 shut down all the bars and restaurants across America, Burrell and his wife created Tip Your Server, a crowd-sourcing online fund, in an attempt to help wait staff in Utah who were out of work.

Ty has been married to his wife Holly since 2000. The first they lived in New York City, then they moved to Salt Lake City, and they lived in Southern California from 2009-2020 due to his work on the set of Modern Family. They still own their two-bedroom apartment in NYC's Astoria neighborhood. On March 18, 2010 Burrell and his wife adopted a baby girl named Francis. They adopted another girl two years later. He is an avid fan of the New York Mets, Oregon Ducks, the Los Angeles Rams, and the Portland Trailblazers.

In February 2017, Ty Burrell spent $4.2 million on a mansion in LA's Cheviot Hills neighborhood. His house is actually just a few blocks from the home that was used as the exterior for the Dunphy family. Around the time of this purchase, Ty offloaded his former penthouse apartment in Culver City, California for $1.4 million. 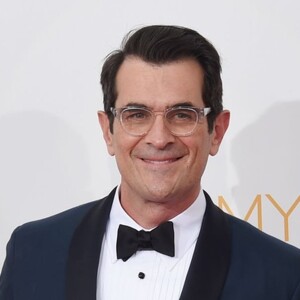