Tuesday Weld net worth: Tuesday Weld is an American actress who has a net worth of $5 million. Tuesday Weld was born in New York City, New York in August 1943. From 1959 to 1962 she starred as Thalia Menninger in the television series The Many Loves of Dobie Gillis. Weld has starred in the movies Rock, Rock, Rock, Rally 'Round the Flag, Boys!, The Five Pennies, Because They're Young, Sex Kittens Go to College, High Time, The Private Lives of Adam and Eve, Return to Peyton Place, Wild in the Country, Soldier in the Rain, I'll Take Sweden, The Cincinnati Kid, Lord Love a Duck, Pretty Poison, I Walk the Line, A Safe Place, Play It As It Lays, Reflections of Murder, Looking for Mr. Goodbar, Who'll Stop the Rain, Serial, Thief, Author!

Author!, Once Upon a Time in America, Circle of Violence, Heartbreak Hotel, Falling Down, Feeling Minnesota, Investigating Sex, and Chelsea Walls. Weld won a Golden Globe Award in 1960 for Most Promising Newcomer – Female for The Five Pennies. In 1978 she was nominated for an Academy Award for Best Actress in a Supporting Role for Looking for Mr. Goodbar. 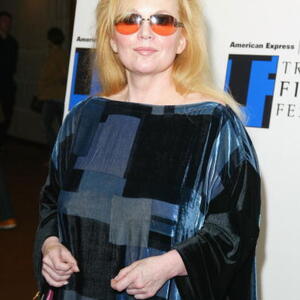