Troy Garity net worth: Troy Garity is an American actor who has a net worth of $10 million. Troy Garity was born in Los Angeles, California in July 1973. From 2011 to 2012 he starred as Sam Miller on the television series Boss. One of his best known roles has come starring as Jason on the TV series Ballers beginning in 2015.

Troy Garity had a recurring role as John Bianchi on the series The Playboy Club in 2011. He also had a recurring role on the television series Shooter in 2017. He made his debut at one year old in the film Introduction to the Enemy and has starred in several movies including Conspiracy Theory, Bandits, Barbershop, Soldier's Girl, Barbershop 2: Back in Business, After the Sunset, Gangster Squad, Barbershop: The Next Cut, and more. He has also appeared in episodes of the TV series House, Hawaii Five-0, Elementary, Shooter, and more. In 2004 he was nominated for a Golden Globe Award for Soldier's Girl. Troy Garity's mother is actress Jane Fonda. 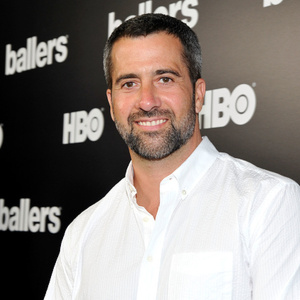