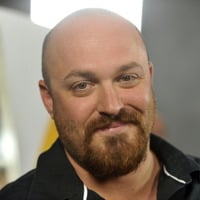 Troy Duffy Net Worth: Troy Duffy is an American director, screenwriter and musician who has a net worth of $22 Million. Born on June 8, 1971 in Hartford, Connecticut, Duffy has directed two films, which are The Boondock Saints and The Boondock Saints II: All Saints Day. The inspiration for The Boondock Saints came from Duffy's time as a musician in the band The Brood for whom he sand and played guitar. He had been working at a bar and witnessed a woman's dead body coming out of a neighboring drug dealer's apartment. His band went on to record the soundtrack for the movie, and they appeared in the bar scene of the film. The band went on to sign a record deal with Atlantic Records and changed their name to The Boondock Saints. Their debut album from Atlantic Records only sold 690 copies. He has also appeared in a small handful of documentaries including Off the Boulevard, Looking for Lenny, Official Rejection, Overnight, Porn Star: The Legend of Ron Jeremy, and is currently filming for Everything Doesn't Suck which is set to be released in 2014. In 2006, Duffy married his wife Angela Green. He is currently working on writing The Boondock Saints III.