Troy Baker net worth: Troy Baker is an American actor, musician, and voice over artist who has a net worth of $6 Million. Troy Baker was born in Dallas, Texas, and is most widely known for his work voicing characters in anime and cartoon projects, as well as for his extensive video game voicing resume.

He is the voice of such famous characters as Damon in "Detective Conan", Kato in "Baki the Grappler" and "Grappler Baki kyokudai taikai", Ohm in "One Piece", Frank Archer in "Fullmetal Alchemist", Wataru in "The Galaxy Railways", Nagi Springfield in "Negima", Jaromir Lipsky in "Monster", Kusanagi in "Reservoir Chronicle: Tsubasa", Gennosuke Kouga in "Basilisk: Koga ninpo cho", Abel Nightroad in "Trinity Blood", Jin Kariya in "Bleach", November 11/Jack Simon in "Darker Than Black", Mr. Wink in "Mr. Meaty", Kolchi Kaga in "X-Men", Booker DeWitt in "Bioshock Infinite", and The Joker in "Batman: Arkham Origins", among many, many others. 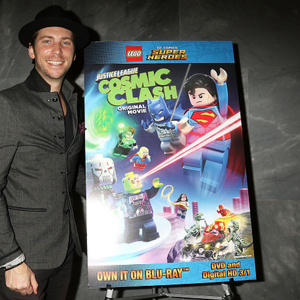