Troian Bellisario was born in Los Angeles, California, and is the daughter of successful television producer and series creator, Donald Bellisario. She began acting when she was a toddler, appearing in the film, "Last Rites" in 1988. She then appeared in guest starring roles on such shows as, "Quantum Leap", "Tequila and Bonetti", "JAG", and "First Monday". She also added more film work to her resume, appearing in such projects as, "Billboard Dad", "Consent", and "Peep World". More recently, she appeared in a recurring role on "NCIS". In 2010, she was cast in the role that would make her a household name, as Spencer Hastings on the hit drama, "Pretty Little Liars". In addition to her work on "Pretty Little Liars", she also plays the title character of Sergeant Lauren Weil in the webseries, "Lauren".

Real Estate: In May 2017, Troian and Patrick paid $3.875 million for a home in LA's Los Feliz neighborhood. The home was designed by legendary architect Wallace Neff who is largely credited with inventing the "California" design style. 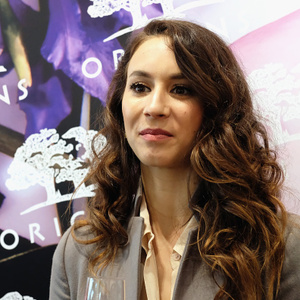