What is Tristan Wilds' net worth?

Tristan Wilds is an American actor, producer and singer who has a net worth of $6 million. Tristan Wilds is best known for his television roles on the HBO crime series "The Wire" and the CW teen drama series "90210." As a recording artist under the name Mack Wilds, he released his debut album, "New York: A Love Story," in 2013. Wilds has made guest appearances on songs by a number of other artists, and appeared in the music video for Adele's "Hello."

Tristan Wilds was born in 1989 in Staten Island, New York City to parents Monique and Paul. He is of Afro-Dominican and Irish descent on his mother's side. As a youth, Wilds went to Michael J. Petrides School. In 2005, he made his acting debut in the miniseries "Miracle's Boys," based on the eponymous novel by Jacqueline Woodson. The next year, Wilds made his feature film debut in the independent drama "Half Nelson," appearing opposite an Academy Award-nominated Ryan Gosling.

Wilds had his breakthrough role in 2006, when he joined the cast of the acclaimed HBO crime drama "The Wire," then in its fourth season. He played the recurring role of Michael Lee, a bright but troubled middle school student who cares for his younger brother while living in poverty. During the years he was on the show, Wilds also made guest appearances on the police procedural series "Cold Case" and "Law & Order."

From 2008 to 2013, Wilds had his biggest role yet on the CW teen drama series "90210," a spinoff of "Beverly Hills, 90210." Starring alongside Shenae Grimes, AnnaLynne McCord, Jessica Stroup, and Michael Steger, among others, Wilds played Dixon Wilson, a teenager who moves to Beverly Hills with his adopted family. Following this, he starred as DeeVee in the VH1 television movie "The Breaks," about the hip hop industry in the 90s; he reprised his role in a short-lived series that served as a continuation of the movie. Additionally, Wilds was on the Fox miniseries "Shots Fired," in which he played an African-American officer at the center of a controversial shooting of a young white man. After this, the actor was in the 2018 television film "Dinner for Two" and in a 2019 episode of the anthology series "Tales." 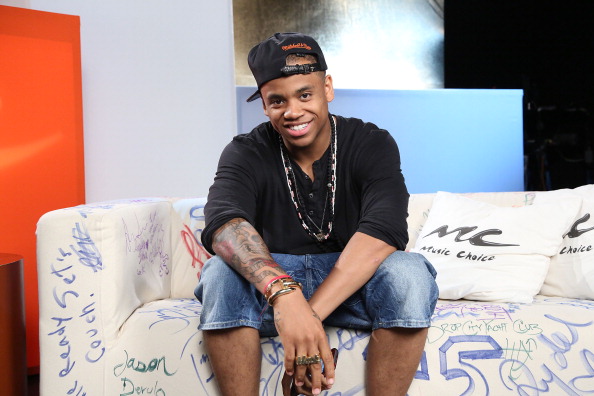 After making his film debut in 2006's "Half Nelson," Wilds returned to the big screen in 2008 in "The Secret Life of Bees," an adaptation of the novel of the same name. He played the character of Zach Taylor in a cast including Queen Latifah, Dakota Fanning, Jennifer Hudson, Alicia Keys, and Sophie Okonedo. Later, in 2012, Wilds played Ray "Ray Gun" Knight in the George Lucas-produced war film "Red Tails," about the Tuskegee Airmen during World War II. In the film, Wilds starred alongside Terrence Howard, Cuba Gooding Jr., Nate Parker, David Oyelowo, Ne-Yo, Elijah Kelley, Michael B. Jordan, and Leslie Odom Jr., among others.

Wilds decided to become a recording artist when he met producer Salaam Remi at the BMI Awards in 2008. Two years later, he signed a recording contract with the independent label Ten2one. Wilds subsequently released his debut EP, "Remember Remember," toward the end of 2011. The next year, he began working on his debut studio album with Salaam Remi, eventually signing to Remi's Sony Music imprint. In June of 2013, Wilds released his album's lead single, "Own It." Then, in September, he put out his debut album, "New York: A Love Story." Released to critical acclaim, the album went on to receive a Grammy Award nomination for Best Urban Contemporary Album.

In 2015, Wilds released the song "Love in the 90z," the lead single off his upcoming second album. That album, entitled "AfterHours," was released in 2017. It features guest appearances from Cam Wallace, Tink, and Wale.

On top of his own music, Wilds has made guest appearances on many songs from other performers. In 2013, he was featured on the song "Situationships" by Fabolous and Tiara Thomas. The next year, he appeared on tracks by DJ Prostyle, Mobb Deep, Maino, and Consequence. Other tracks featuring Wilds include Bridget Kelly's "Act Like That"; Method Man, Streetlife, and Cory Gunz's "50 Shots"; Torae's "Troubled Times"; and Rick Ross, Camp Lo, and J.U.S.T.I.C.E. League's "Money Dance II."

In 2020, Wilds married fellow "90210" costar Christina Hammond in a private ceremony. Shortly before this, the couple had a daughter named Tristyn. 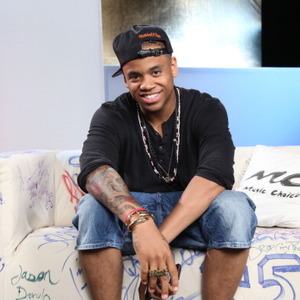