How much is Trista Sutter Worth?

Trista Sutter net worth: Trista Sutter is an American reality television personality who has a net worth of $2 million. Trista Sutter was born in Indianapolis, Indiana in October 1972. Sutter was runner-up on season 1 of the reality television series The Bachelor in 2002 and has also appeared in episodes of the series in 2008, 2009, 2011, and 2014. Trista starred in the ABC reality TV spinoff series The Bachelorette in 2003. She chose the winner Ryan Sutter and the couple got married later that year. The couple was paid $1 million by ABC for letting the network televise their wedding ceremony. In 2003 Sutter served as a guest co-host for the series Good Day Live. Trista was a Miami Heat cheerleader and appeared in a commercial for KFC with Jason Alexander. She appeared in the music video "Celebrity" by Brad Paisley in 2003. Trista was a contestant in the reality TV series dancing with the Stars on season one in 2005. In 2014 Trista and Ryan starred in the TV series Marriage Boot Camp: Reality Stars. In 2003 she was nominated for a Teen Choice Award for Choice TV Reality/Variety Star – Female. In 2003 she was ranked #7 on the Maxim Hot 100 Women list. Trista and Ryan have had two children together. 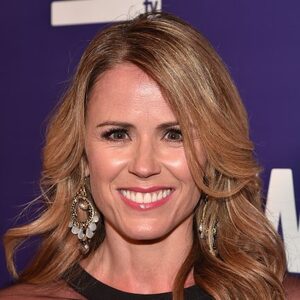