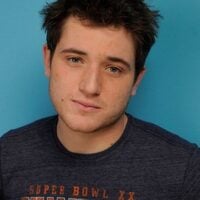 Trevor Morgan net worth: Trevor Morgan is an American actor who has a net worth of $2 million. Trevor Morgan was born in Chicago, Illinois in November 1986. In 1998 he had a recurring role as Scott Anspaugh in the television series ER. Morgan has starred in the movies Family Plan, Barney's Great Adventure, I'll Remember April, The Sixth Sense, Genius, The Patriot, A Rumor of Angels, Jurassic Park III, The Glass House, Uncle Nino, Mean Creek, The Prize Winner of Defiance, Ohio, Local Color, Off the Black, My Mom's New Boyfriend, Brotherhood, Beneath the Dark, Chasing 3000, Vampire, McCanick, and more. Morgan has also appeared in episodes of the TV series The Pretender, Baywatch, Touched by an Angel, CSI: Miami, Reno 911!, Law & Order; Criminal Intent, Ghost Whisperer, and The Defenders. In 2005 he won an Independent Spirit Award for Mean Creek.