Traylor Howard New Worth: Traylor Howard is an American actress who has a net worth of $2 million dollars. Born June 14, 1966 in Orlando, Florida, she is most widely known for her roles as Sharon Carter on the television series Two Guys and a Girl and a Pizza Place (later shortened to Two Guys and a Girl) and her role as Natalie Teeger on the USA Network series Monk.

While still in preparatory School in Orlando, Florida, Howard landed a Juicy Fruit (gum) commercial and later (1994) she appeared in a "You Will" series of television commercials for the AT&T Corporation. Howard graduated from Florida State with a degree in communications and advertising and a minor in English. Her other television credits include the short-lived sitcoms Boston Common and Bram & Alice. In 1999 Howard appeared in the Foo Fighters' music video Breakout. She also made a guest appearance on The West Wing during its third season. She was the romantic lead in the Norm Macdonald film Dirty Work as well. Some of her other film credits include Me, Myself and Irene (2000) and Son of the Mask. Her additional television credits between 1994 and 2010 are Lois & Clark: The New Adventures of Superman, First Monday, The Division and Nolan Knows Best (a pilot). Howard has been married three times and has two sons: Sabu (2006) and Julien (2012). 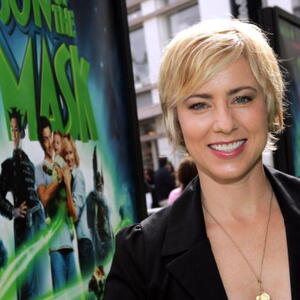