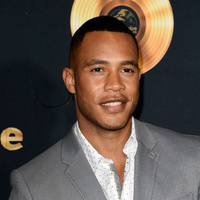 Trai Byers net worth: Trai Byers is an American actor who has a net worth of $1.5 million. Trai Byers was born in Kansas City, Kansas in July 1983. He graduated from the Yale School of Drama. Byers first starred as Chip in the 2009 movie Caesar and Otto's Summer Camp Massacre. In 2011 he starred as Mookie in the soap opera All My Children. In 2012 Byers starred as Alec Martin in the television series 90210. Since 2015 he stars as Andre Lyon the TV series Empire. Byers also starred in the movies Destination Planet Negro in 2013, Jayhawkers and Selma in 2014, and Americons in 2015.